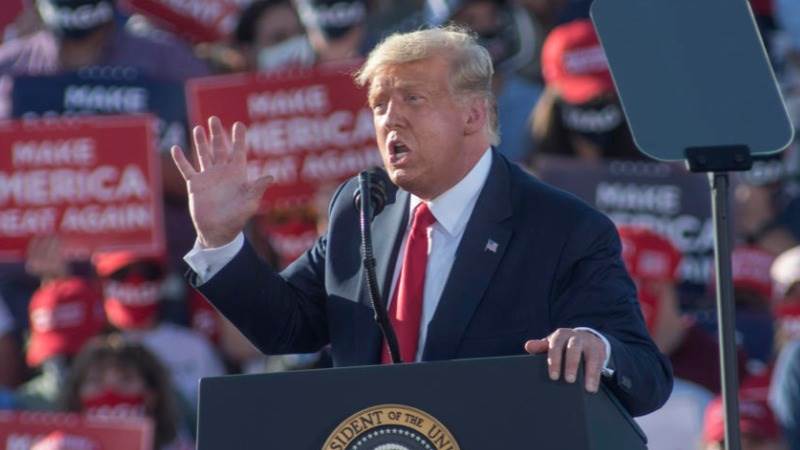 US President Donald Trump repeated his claim that the Nov. 3 presidential election was rigged as he spoke during a rally in Georgia a day before the southern state's Senate runoff, Anadolu Agency reports.

"There's no way we lost Georgia. There's no way. That was a rigged election," Trump told his supporters in his opening remarks. "I had two elections. I won both of them.”

Despite President-elect Joe Biden's victory in the presidential race, Trump has so far refused to concede defeat and has spent the last two months challenging the result.

"If the liberal Democrats take the Senate and the White House -- and they're not taking this White House. We're gonna fight like hell," Trump said.

If Democrats win the races, they will get two seats in the Senate, which could be a victory for Biden and the Democrats to pass legislation in the new term.

Ahead of the elections, Trump pressured Georgia Secretary of State Brad Raffensperger in a phone call to "find" enough votes to reverse the outcome in the state, which sparked anger among Democrats.

"There's no way I lost Georgia. We won hundreds of thousands of votes," Trump said during the Saturday call and asked Raffensperger to find 11,780 votes in order to beat his Democratic opponent Biden.