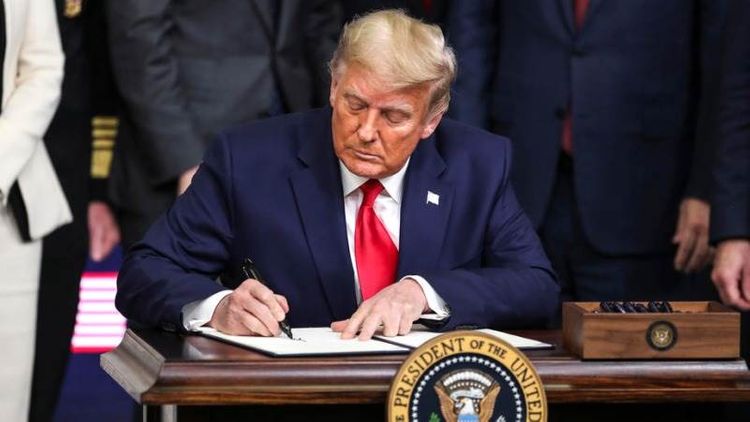 Mr Trump had initially refused to sign the bill, saying he wanted to give people bigger one-off payments.

The relief package worth $900bn (£665bn) was approved by Congress after months of negotiation.

It is part of a $2.3tn spending package that includes $1.4tn for normal federal government spending.

Had Mr Trump not signed the bill into law by midnight on Monday, a partial government shutdown would have begun unless legislators passed a stopgap bill.

It was not immediately clear why Mr Trump - who is in Florida - finally decided to sign the bill into law. He had been under growing pressure from both sides of Congress.

Mr Trump said he was signing the bill with "a strong message that makes clear to Congress that wasteful items need to be removed".

He leaves office on 20 January after losing November's election to Mr Biden, although he has refused to admit defeat.