Turkey aims to boost tourism revenues to $50B: Erdogan 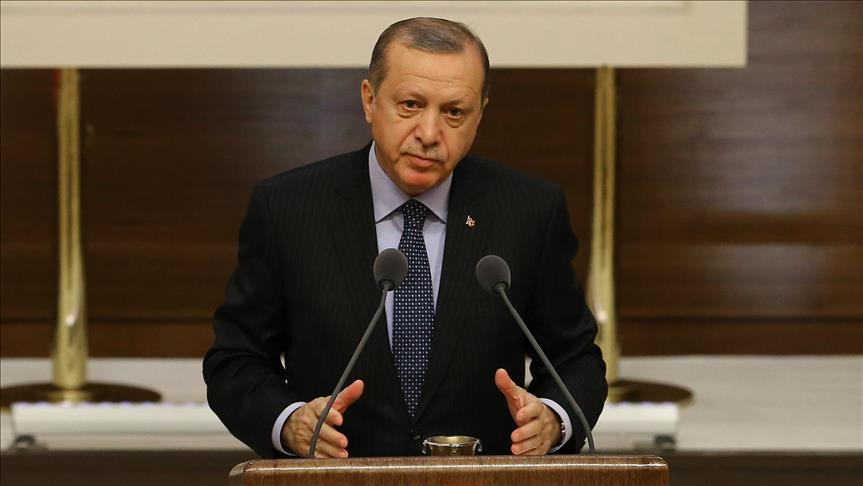 Turkey aims to attract 8 million more tourists in the first stage of a campaign to boost the nation’s tourism earnings to $50 billion, Turkish President Recep Tayyip Erdogan said Thursday, according to Anadolu Agency.

"I believe that we can increase our short-term national income [from tourism] to $50 billion and increase it further to $86 billion by 2023," the nation’s centennial, Erdogan said after meeting with representatives of leading Turkish tourism companies at the presidential palace.

Aiming to reach the top three, Turkey Thursday kicked off a new campaign called "Bring your neighbor and come", encouraging Turkish citizens living abroad to spend their holidays in Turkey as well as bring their foreign neighbors with them on holiday.

According to Erdogan, there are currently 5 million Turkish-origin individuals living abroad, most of them in European countries such as Germany, France, Belgium, and Britain.

Moreover, there are also 3.5 million Turkish-origin individuals who once lived abroad and returned to Turkey but still maintain ties with the countries they once lived in, Erdogan added.

"I also ask them to bring their neighbors and friends with them for holidays to Turkey. In that vein, we’re launching the 'Bring your neighbor and come' campaign."

Saying that Turkey is home to a wealth of natural beauty with gorgeous mountains, winding rivers, as well as historical beauties and a rich cuisine, Erdogan said that people who choose to holiday in Turkey can experience Turkish hospitality firsthand and meet the "real" Turkey.