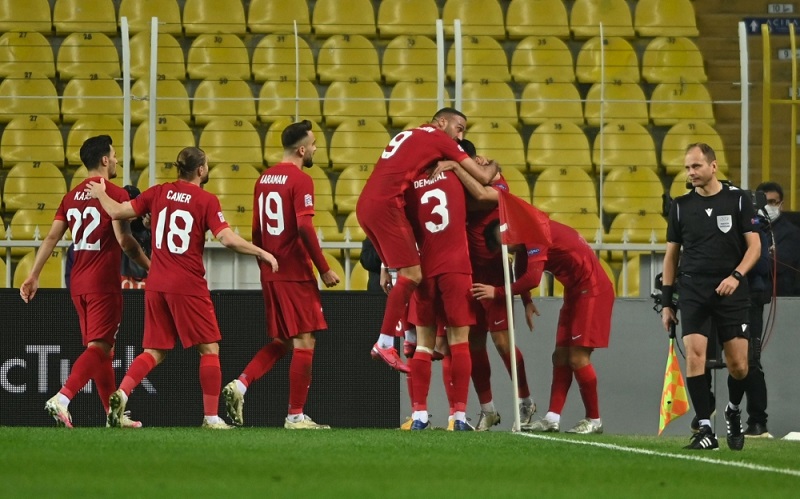 Turkey defeated Russia on Sunday with a score of 3-2 in a UEFA Nations League group match, winning its first victory this year, according to Anadolu Agency.

Denis Cheryshev scored the opener in the 11th minute for Russia at Istanbul's Ulker stadium.

But, Andrei Semenov was shown a red card for fouling Turkish forward Cenk Tosun in the 24th minute.

Turkey managed to equalize the game with Kenan Karaman's header in the 26th minute, while Cengiz Under gave his team the lead, making it 2-1, in the 32nd minute.

The first half ended with a 2-1 score.

In the second half, Ozan Tufan was fouled in Russia's penalty area, giving Turkey the penalty kick.

Cenk Tosun successfully converted the penalty to make the score 3-1 for Turkey in the 51st minute.

Six minutes later, Daler Kuzyaev scored to narrow the lead to one.

Following this result, Turkey remained in third place with six points, with Russia still atop Group 3 of League B with eight points.