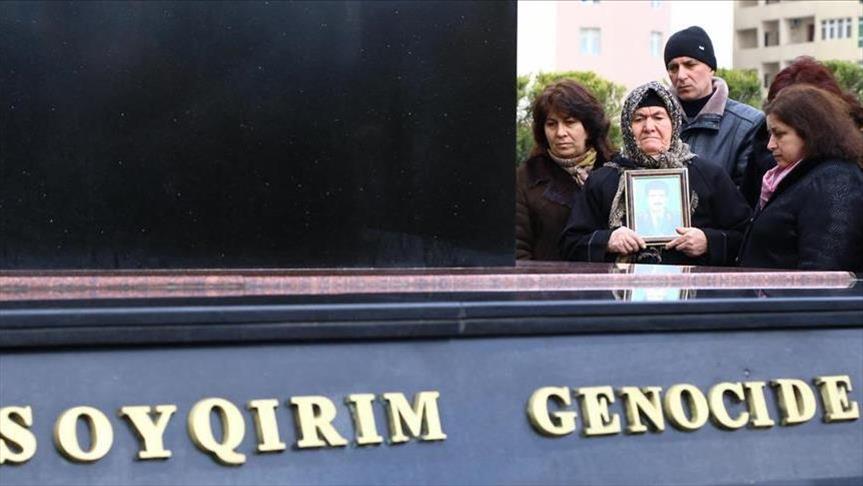 Turkey commemorated on Friday the 1992 Khojaly Massacre in which 613 people were killed in Azerbaijan’s occupied-Karabakh.

The Foreign Ministry strongly condemned the “brutal attack”, saying in a statement that Turkey “commiserates deeply with her Azerbaijani brothers and sisters over this massacre which they suffered 25 years ago and shares their pain”, according to Anadolu Agency.

The massacre on Feb. 25-26, 1992, is regarded as one of the bloodiest and most controversial incidents of the war between Armenia and Azerbaijan for control of the now-occupied Karabakh region.

Armenian forces took over the town of Khojaly in Karabakh on Feb. 26 after battering it with heavy artillery and tanks, assisted by an infantry regiment.

The two-hour offensive killed 613 Azeri citizens -- including 116 women, 63 children and 70 elderly people -- and critically injured 487 others, according to Azerbaijani figures.

“A total of 1,275 inhabitants were taken hostage and the fate of 150 persons remains unknown to this day,” Friday’s statement read.

It added that 20 percent of the Azerbaijani territory is “still under Armenian occupation” with around 1 million Azerbaijanis in the area living as refugees.

“Those who perpetuated this tragedy will be eternally condemned before the history and in the collective conscience. We strongly condemn these massacres carried out by troops of the Republic of Armenia and the continuation of the occupation of the Azerbaijani territories,” it underlined.

“We wish God’s mercy upon those who lost their lives in this massacre, respectfully bow before their memories.”