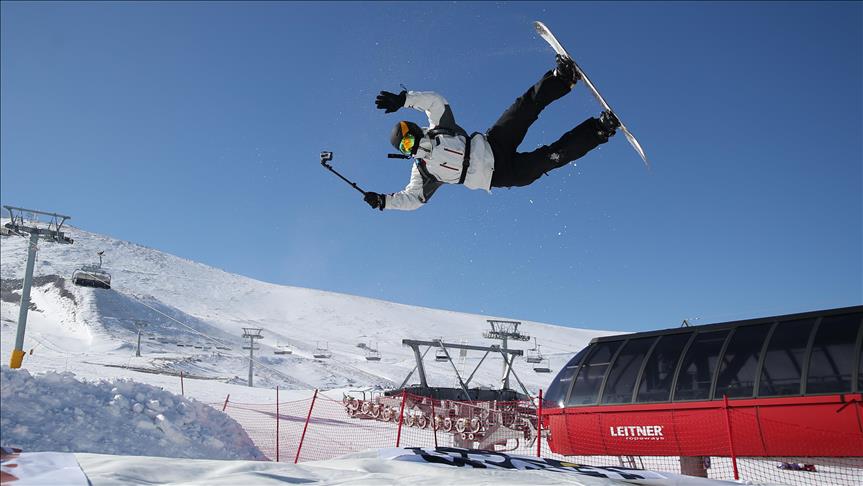 Mount Erciyes in central Turkey's Kayseri province is now all set to host the upcoming International Ski Federation (FIS) Snowboard World Cup, according to a senior official of the company responsible for the events, according to Anadolu Agency.

Murat Cahid Cingi, chairman of the board of Erciyes A.S. company, told Anadolu Agency in an interview Friday that Mount Erciyes now meets international standards for hosting the international ski winter sports events after the Kayseri municipality made an investment of 350 million euros ($370 million).

Mount Erciyes will host the FIS Snowboard World Cup for the second time on March 4 that will see around 200 snowboarders from 20 countries in the tournament, Cingi said.

"As the infrastructure continues to develop further, successful events will continue to be hosted and the fame of Mount Erciyes will spread worldwide,” he said.

"There is no deficiency in our infrastructure technically. Successful countries in winter sports like the U.S., Canada, Switzerland, Austria, Germany, France, Japan, China, South Korea and Russia will participate [in the tournament]. Turkey will also participate in this event and hopefully we will win a medal," he added.

Mount Erciyes is a massive stratovolcano located some 25 kilometers (15.5 miles) to the south of Kayseri in Turkey. It is the highest mountain in central Anatolia, with its summit reaching 3.916 meters and is among Turkey’s significant ski destinations, mostly during the season between November and April.