Turkey not recognizing “referendum” in Karabakh 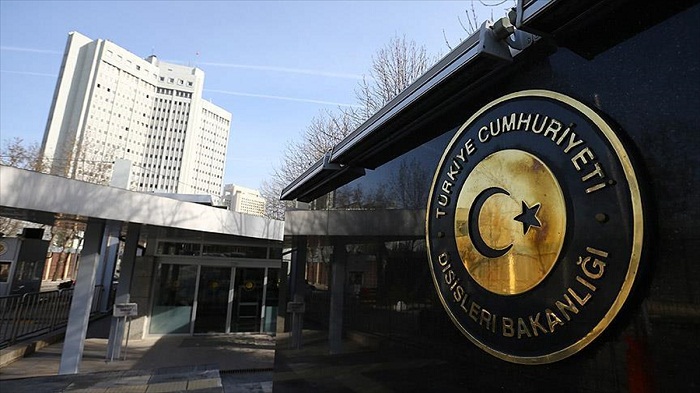 Turkey will not recognize a “referendum” in Karabakh, the Turkish Foreign Ministry said Friday.

In a statement, the ministry said that Ankara condemns the “referendum, which will constitute a new violation of Azerbaijan’s sovereignty and territorial integrity”, according to Azvision.

“This referendum and its results, which we consider illegitimate, will not be recognized by Turkey,” the statement added.

"Nagorno-Karabakh conflict still remains a major threat to peace and security in the South Caucasus", said in the message.

“The illegal “referendum” constitutes a clear violation of the Constitution of the Republic of Azerbaijan and the norms and principles of international law, and, therefore, has no legal effect whatsoever. This so-called “referendum” is being conducted in the seized lands under situation created through the use of force and threat of force against the territorial integrity of Azerbaijan by Armenia and accompanied by the notorious practice of ethnic cleansing and other flagrant violations of the norms and principles of international law,” says the statement. “We call upon the international community to reject this fabricated illegal “referendum” exercise and to exert political and diplomatic pressure on Armenia with a view to drop its futile attempts to mislead its own people and the wider international community, cease its policy of occupation and annexation, engage constructively in the conflict settlement process and comply with its international obligations”, said Azerbaijan’s Foreign Ministry in a message Feb. 17.