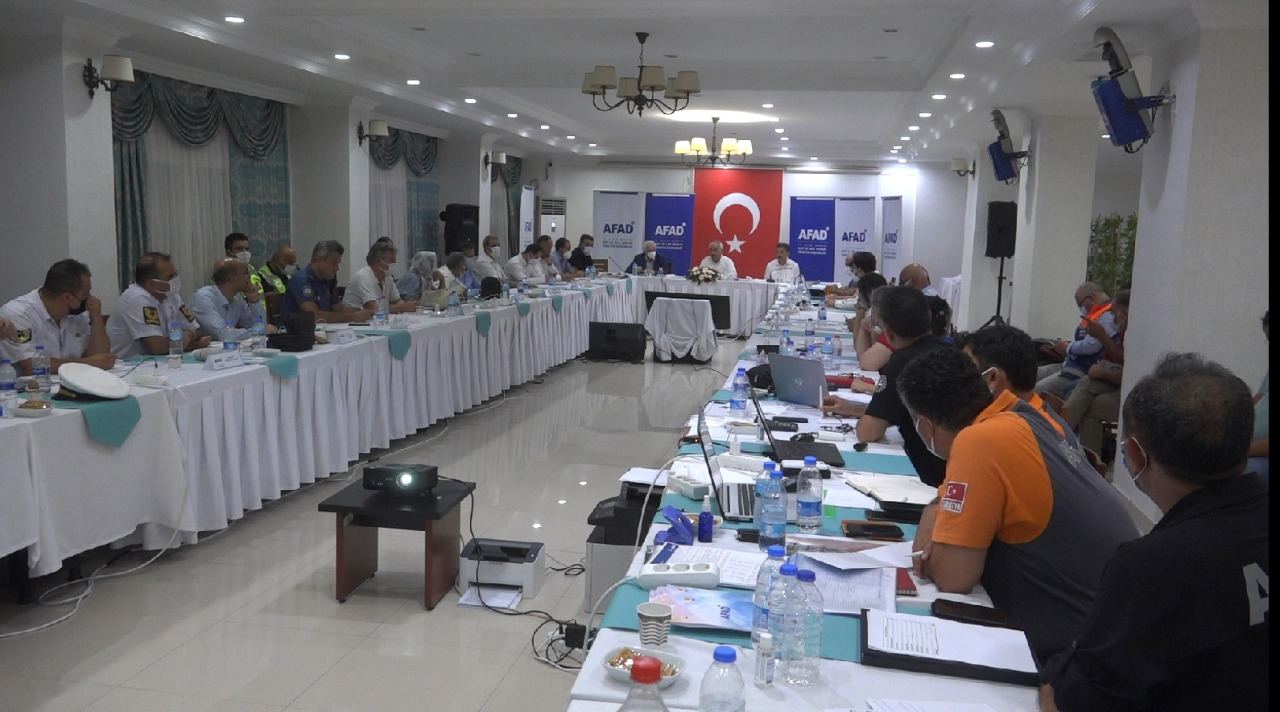 Under the instructions of Azerbaijani President Ilham Aliyev, firefighters of the country's Ministry of Emergency Situations successfully work to extinguish and prevent the spread of wildfires in fraternal Turkey.

The ministry reported that the visit of a delegation of senior officials of the ministry headed by Deputy Minister of Emergency Situations Lieutenant General Etibar Mirzayev, which came to Turkey on August 2, continues.

During the visit, Mirzayev met with Turkish Deputy Minister of Internal Affairs Mehmet Ersoy at the Crisis Management Center.

The Azerbaijani official said that the firefighters of the Ministry of Emergency Situations arrived in fraternal Turkey on the instructions of President Ilham Aliyev.

He also spoke in detail about the activities of the ministry's forces on extinguishing the fires. Reminding that another group of the ministry firefighters has already arrived in the country, the deputy minister provided detailed information on the group’s staff and capabilities.

Sincerely welcoming the Azerbaijani delegation, Ersoy expressed gratitude to President Ilham Aliyev and the fraternal people of Azerbaijan for the provided assistance and support.