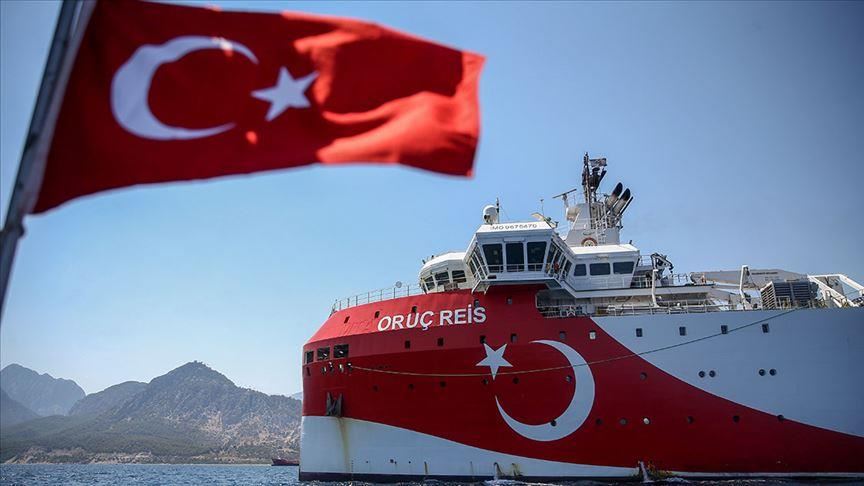 “The area where our Oruc Reis ship conducts seismic research activities is completely within the continental shelf of our country, which is determined on the basis of international law and registered with the United Nations,” the Turkish Foreign Ministry said in a statement.

It added that Turkey had explained the circumstances to the Greek ambassador in Ankara on Oct. 23.

The current study area, where Oruc Reis will conduct seismic research between Oct. 25-Nov. 4, is 440 kilometers (273 miles) from the mainland of Greece and 130 kilometers (80 miles) from Turkey, the ministry stressed.

Turkey is ready for a dialogue and cooperation to achieve a solution that is based on fairness, guaranteeing the legitimate rights of both Turkey and Turkish Cypriots in the region, the ministry said.

“We expect Greece to stop creating artificial reasons and preconditions to avoid dialogue with our country,” it added.

Declaring the Greek-Egyptian deal "null and void," Turkey authorized the Oruc Reis to continue its activities in an area within Turkey's continental shelf.

Turkey has consistently opposed Greece's efforts to declare an exclusive economic zone based on small islands near Turkish shores, violating the interests of Turkey, the country with the longest coastline in the Mediterranean.

Ankara has also said energy resources near Cyprus must be shared fairly between the Turkish Republic of Northern Cyprus (TRNC) and the Greek Cypriot administration of Southern Cyprus.