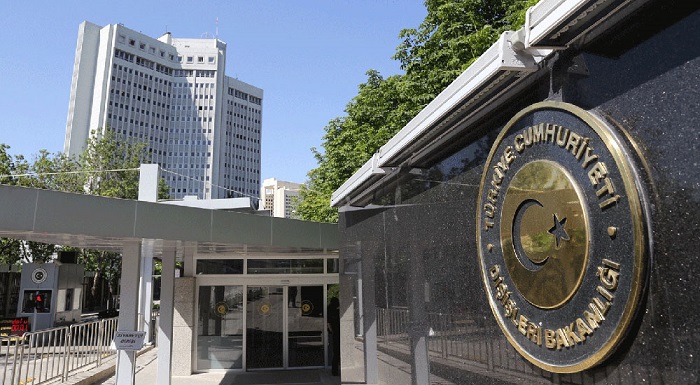 Turkey has sent two notes of protest to the Netherlands due to blocking of Turkish ministers’ visits to the country and ill-treatment of Turkish citizens by the Dutch police, the Turkish Foreign Ministry said in a message.

Earlier, the Dutch authorities did not allow Turkish Foreign Minister Mevlut Cavusoglu and Minister of Family and Social Policies Fatma Betul Sayan Kaya to enter the Netherlands to participate in a meeting with the local Turkish community.

Turkey’s protest states that the blocking of Turkish ministers’ visits is a flagrant violation of the Vienna Convention.

Another protest has to do with the Rotterdam police using force to disperse the demonstrators near the Turkish Consulate, who were protesting against the measures of the Dutch authorities against the Turkish government’s members.

Turkey’s protest note says the brutal police response to the Turkish citizens, who gathered in front of the Consulate in Rotterdam, is unacceptable.