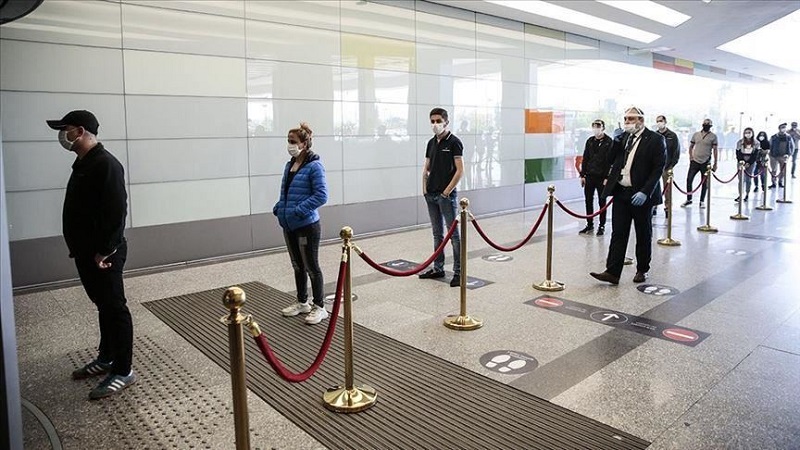 Turkish authorities on Thursday launched nationwide controls to monitor compliance with the COVID-19-related rules during the normalization period.

Throughout the day, local officials and police teams took the streets, avenues, and main squares in Turkey's most crowded city Istanbul. Thousands of mobile police and gendarmerie vehicles patrolled the city with drones.

"We are in a period of controlled normalization amid the pandemic. For our lives to be normal, we must follow all the rules. We are all responsible to each other," police units constantly said via megaphones.

The controls were mainly concentrated in cafes and restaurants, which have begun to host customers between 7 a.m. and 7 p.m. with half capacity across the city.

Istanbul, with a population of over 16 million, was categorized as a high-risk province.

Istanbul Governor Ali Yerlikaya said on his Twitter account that his teams aim to transform the metropolis into a low-risk category within a short period of time with full controls.

Meanwhile, in the Black Sea province of Amasya, which is in the very high-risk category, local authorities urged citizens to stay at home for at least 14 days and not to go out unless necessary.

Besides Amasya, the highest COVID-19 density was detected in the eastern Black Sea provinces, such as Samsun, Trabzon, Ordu and Giresun, according to data published on the health ministry's website.

All the provinces will be evaluated regularly, and their normalization applications will be updated in line with the new regulation.