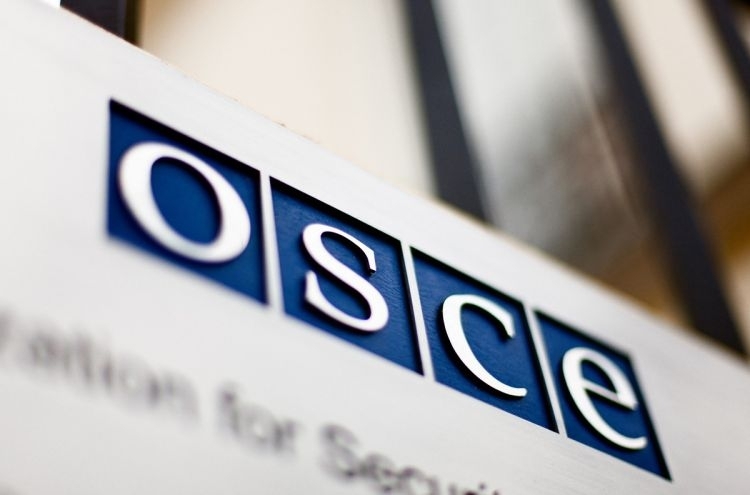 Turkey, Ukraine and Georgia have expressed support for Azerbaijan’s territorial integrity and sovereignty.

Speaking at the meeting of the OSCE Permanent Council on Feb. 16, representatives of Turkey, Ukraine and Georgia voiced support for Azerbaijan's territorial integrity, its sovereignty, and the inviolability of its internationally recognized borders, noting that they consider illegal “the referendum” planned to be held in occupied Azerbaijani territories, the Azerbaijani Foreign Ministry told APA on Feb. 17.

They stressed that the referendum’s results will not be recognized by their countries.

The Permanent Mission of Azerbaijan to the OSCE also made a statement at the meeting of the Permanent Council on Feb. 16 regarding an illegal “referendum” reportedly to be held by Armenia in the occupied territories of Azerbaijan.

“This provocative step, as well as Armenia’s attempts to change the name of the Nagorno-Karabakh region, the integral part of Azerbaijan, is yet another clear manifestation that Armenia is not genuinely interested in seeking a political settlement of the armed conflict,” said the statement. “Instead, Armenia pursues the path of escalation, undertakes consistent measures to consolidate the results of its occupation policy and to maintain unacceptable and unsustainable status quo, undermines efforts for the peaceful resolution of the conflict through substantive talks.”

The permanent mission stressed that the illegal “referendum” constitutes a clear violation of the Constitution of Azerbaijan and the norms and principles of international law, and, therefore, has no legal effect whatsoever.

“This so-called “referendum” is being conducted in the seized lands under situation created through the use of force and threat of force against the territorial integrity of Azerbaijan by Armenia and accompanied by the notorious practice of ethnic cleansing and other flagrant violations of the norms and principles of international law,” said the statement.

Azerbaijan’s permanent mission called upon the international community to reject this fabricated illegal “referendum” exercise and to exert political and diplomatic pressure on Armenia with a view to drop its futile attempts to mislead its own people and the wider international community, cease its policy of occupation and annexation, engage constructively in the conflict settlement process and comply with its international obligations.

The French representative noted that this referendum cannot have any impact on the legal status of Nagorno-Karabakh or the ongoing negotiations to resolve the conflict.

The French representative also recommended that the sides should refrain from any act that would possibly escalate the situation.