Turkey, US continuing contacts on security of Afghanistan's main airport 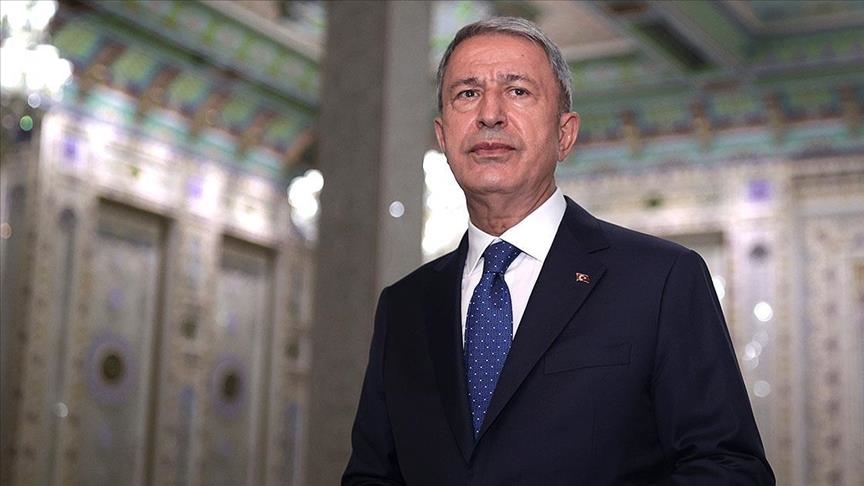 Contacts between Turkey and the US over the security of Kabul's international airport after the US pullout will continue, Turkey’s national defense minister said Friday, Anadolu Agency reported.

"No decision has been reached at the moment,” Hulusi Akar told reporters after his visit to Kyrgyzstan and Tajikistan.

“We will discuss the outcome of the talks at a meeting chaired by our president. And we will put the plan into effect after the president’s approval,” he said.

A delegation of US State Department and Pentagon officials arrived in Ankara last week to discuss progress on efforts to keep Hamid Karzai International Airport in Kabul operational after the US troop pullout, set to conclude by Sept. 11.

The situation in Afghanistan heated up after US President Joe Biden announced that all American forces will withdraw from the war-torn country by Sept. 11, with NATO allies doing the same.

Ankara has been running the military and logistic operations of the Kabul airport for six years as part of the NATO-led Resolute Support Mission.

Turkey, whose forces in Afghanistan have always been noncombatants, has reportedly offered to guard the airport amid questions over how security will be assured along major transport routes and at the airport, which is the main gateway to the capital.