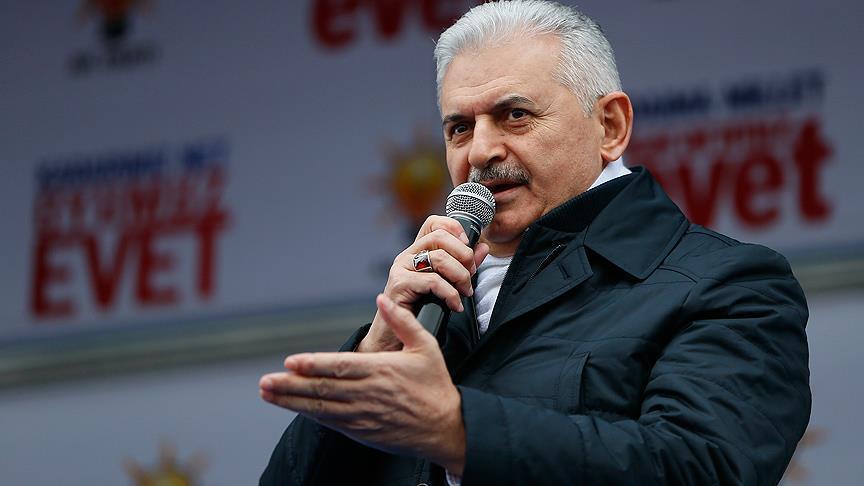 Turkey will retaliate harshly against the Netherlands following its actions against a Turkish female minister in the Dutch city of Rotterdam, Prime Minister Binali Yildirim said on Sunday, according to Anadolu Agency.

Speaking at a rally in western Yalova, Yildirim said: "The attitude of the Netherlands yesterday [Saturday] towards Turkish family Minister Fatma Betul Sayan Kaya is unacceptable."

The premier said the Netherlands have violated diplomatic principles, thwarted the freedom of movement of a serving Turkish minister, forcing her to leave the country.

"Everyone should know that Turkey will retaliate in the heaviest possible way," Yildirim said.

He said Turkey will do everything necessary to ensure that such events against Turkish citizens and the country do not occur again.

He noted that while supporters of terrorist organizations like Fetullah Terrorist Organization and the PKK roam freely in Europe, Turkish ministers were not being given permissions.

"These days, we see the dictatorial practices of those who give us democracy lessons," Yildirim said.

He added that by preventing Turkish ministers from meeting their expat community, Europe was backing the No campaign in the upcoming referendum in April in Turkey.

Last week, Turkish ministers were barred from holding public rallies in two German cities ahead of the April 16 referendum in Turkey.

On Saturday, the Dutch government first canceled the Turkish foreign minister's flight permit to the Netherlands and then blocked a convoy carrying Turkey’s family minister from entering the Turkish consulate in Rotterdam.

The ministers were also due to meet Turkish residents ahead of the April 16 referendum on constitutional reforms.