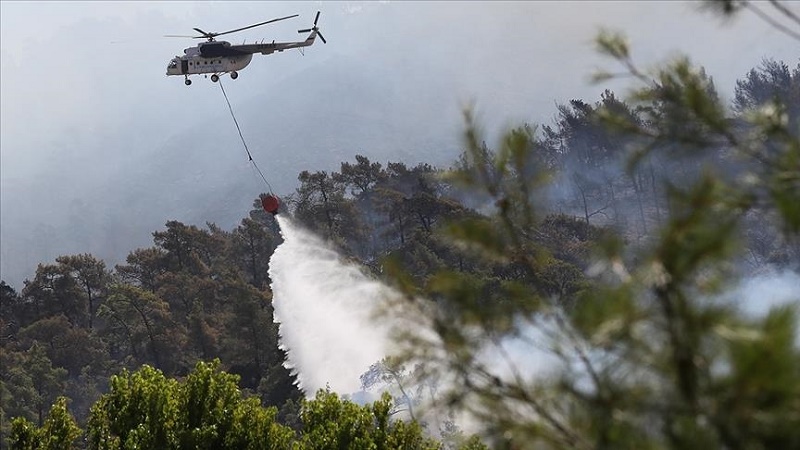 Turkey’s agriculture and forestry minister announced on Monday that 125 of 132 forest fires in the country are under control. Efforts to put out the remaining blazes are underway, Bekir Pakdemirli told reporters at a fire coordination center in Milas district of southwestern Mugla province.

A total of 16 aircraft, nine drones, 51 helicopters, one unmanned helicopter, 850 water sprinklers, and 150 construction machines have been used to tackle the fires, the minister said, adding over 5,000 personnel are on duty.

At least eight people have lost their lives in the wildfires, which started on July 28 and were fanned by strong winds.

Turkey's Communications Director Fehrettin Altun has asked people not to fall for misinformation regarding the fires on social media. "Please let's rely on the official authorities' statements," he said, adding that Turkey is strong and will make up for all its losses.