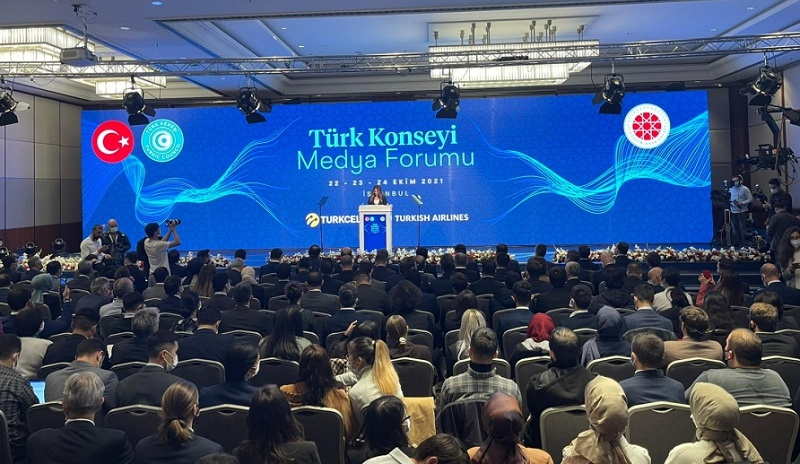 The Media forum of the Cooperation Council of the Turkic-Speaking States (Turkic Council) has kicked off in Istanbul, Turkey.

The event, organized by the Republic of Turkey Directorate of Communications under the motto "Deep-rooted past, strong future", will discuss the development of cooperation opportunities in the media, TV series and film sectors in the Turkish world, as well as social media and the joint struggle against disinformation.

More than 500 guests, including media representatives, academicians, high-ranking officials of government agencies and organizations, social media influencers, university students from Turkic Council member states – Turkey, Azerbaijan, Kazakhstan, Kyrgyzstan, Uzbekistan, as well as from observer states Hungary, Turkmenistan, and the Turkish Republic of Northern Cyprus, which have observer status in the Council, are expected to attend the event.

Azerbaijan is represented at the Media Forum by a large delegation led by Assistant to the President of Azerbaijan, Head of Foreign Policy Affairs Department of the Presidential Administration Hikmat Hajiyev. The delegation includes a number of government officials, members of academic community and media representatives.

During a panel discussion on "Victory Lies in unity: Karabakh" the participants will highlight the importance of displaying the strong solidarity between Azerbaijan and Turkey during the 44-day Patriotic war, that resulted in the Karabakh Victory, as well as discuss joint steps to be taken to further develop relations in all areas.

The Forum will last until October 24.