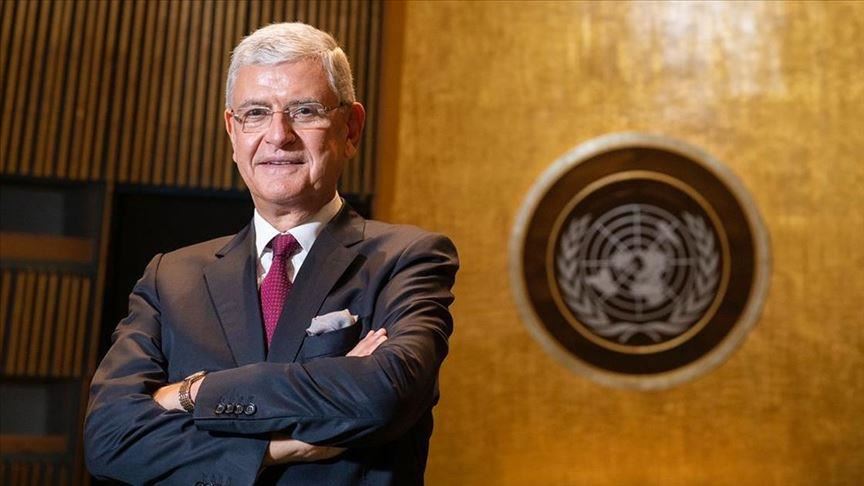 President of the 75th session of the UN General Assembly (UNGA) Volkan Bozkir handed over his position Tuesday to former Maldives Foreign Minister Abdulla Shahid in a farewell speech, according to Anadolu Agency.

"I wish His Excellency President-elect @abdulla_shahid a fruitful and impactful 76th session. There are certainly many challenges ahead, but I am confident you will continue pushing for a more responsive United Nations. My brother Abdulla, you have my full support," Bozkir said on Twitter.

"It has been an honour to preside [over] the 75th Session of #UNGA. This past year has been a marvelous journey. I thank Member States for electing me, in an overwhelming democratic vote, to join you as the President. I am privileged to have served alongside you," he added.

Bozkir also met with his UNGA team before the end of his tenure and noted that he was proud of the work they accomplished together during the session.

"I know you'll continue to flourish and uphold the principles of the Charter of @UN. A big thank you to all of you," he said.

The former Turkish diplomat was elected president of the 75th Session of the UN General Assembly on June 17, 2020.