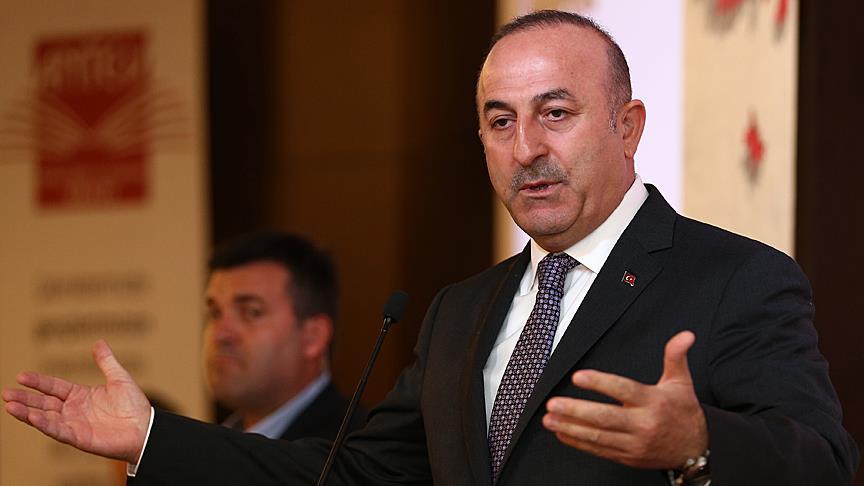 Mevlut Cavusoglu says there is ‘no difference’ between social democrat and fascist parties in the Netherlands.

There is no difference between the social democrat and fascist parties in the Netherlands, said Turkey’s Foreign Minister Mevlut Cavusoglu Thursday, one day after Dutch polls saw the ruling center-right party hold off an extreme-right challenge and secure an apparent third term, according to Anadolu Agency.

“The election is done. The votes they got are close, around 17-20 percent -- so many political parties, but when you look at it there is no difference between the social democrats and fascist [Geert] Wilders, they all have the same mentality,” Cavusoglu said in Turkey’s Mediterranean province of Antalya.

His remarks came amid a row between Ankara and Amsterdam over Dutch authorities blocking government ministers from campaigning in the Netherlands for next month’s Turkish constitutional referendum.

“You have started to cause Europe to collapse, you are taking Europe to a cliff. Soon religious wars will begin in Europe,” he added.

With nearly 95 percent of Wednesday’s votes counted, Dutch Prime Minister Rutte appears set for a third term as his center-right People's Party for Freedom and Democracy Party (VVD) got the largest share of seats in parliament, 33 out of 150, down from 41 in the 2012 polls.