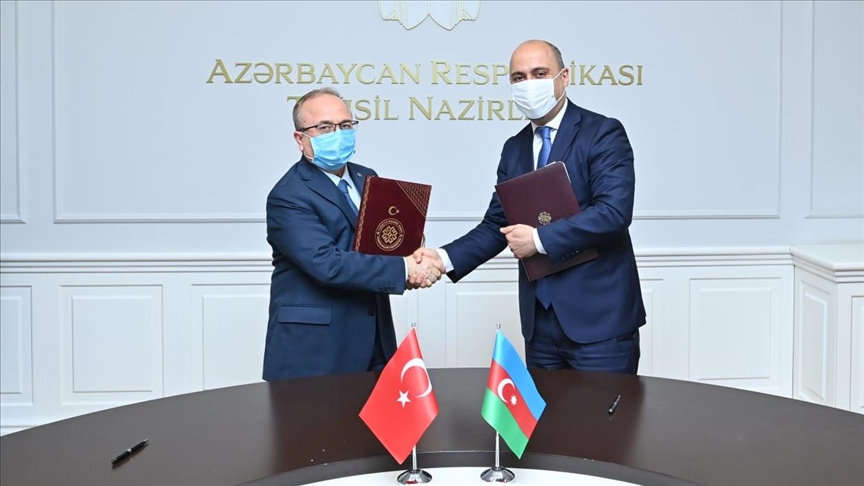 President of Maarif Foundation Prof. Birol Akgun met with Azerbaijan’s Education Minister Emin Amrullayev as part of his visit to the country. The meeting was also attended by Turkish Ambassador to Baku Cahit Bagci, and Cihad Demirli, a member of Maarif’s board.

Following the meeting, Akgun and Amrullayev inked the protocol that aims at expanding and encouraging cooperation in the field of education between the two countries.

The protocol was prepared in line with a former agreement and a protocol reached between Turkey and Azerbaijan.

The Maarif Foundation was founded to replace terrorist-linked schools abroad in the wake of a defeated 2016 coup attempt in Turkey. It carries out education activities with 357 educational institutions and a university in 67 countries.