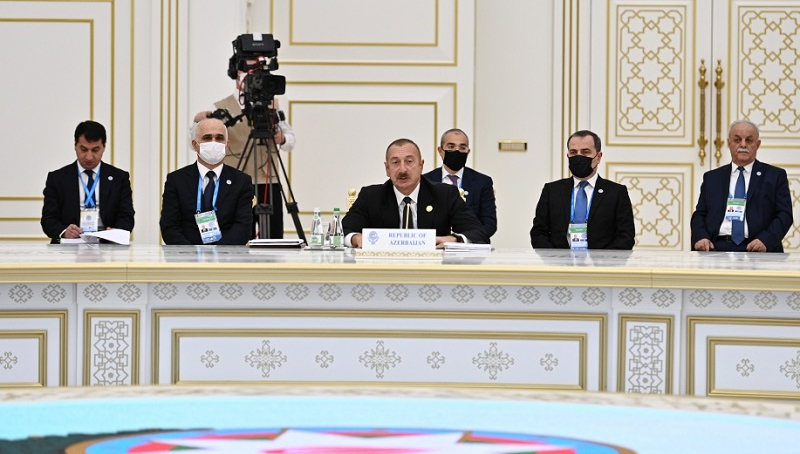 The Turkish media have widely covered President Ilham Aliyev`s visit to Ashgabat, his participation in the 15th Summit of the Economic Cooperation Organization (ECO) and bilateral meetings there.

The articles, published by Turkey’s leading news provider Anadolu Agency in different languages, highlighted many points from President Ilham Aliyev’s visit to Ashgabat. The gas agreement signed between Azerbaijan, Iran and Turkmenistan was also among the important news.

The articles and reports also highlighted the successful foreign policy of Azerbaijan and the country’s achievements in the economic sphere. 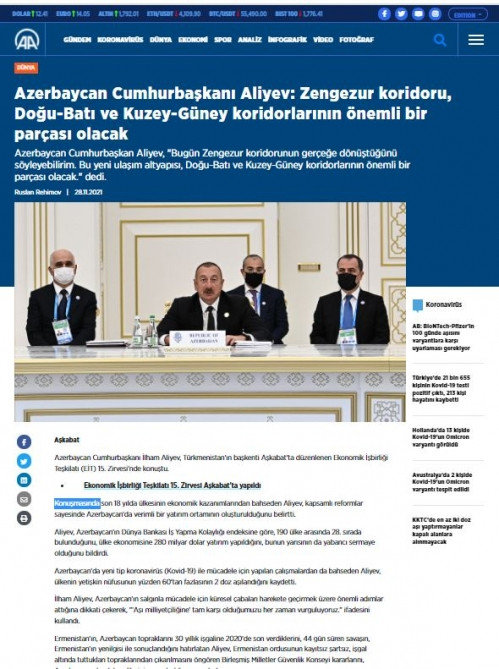 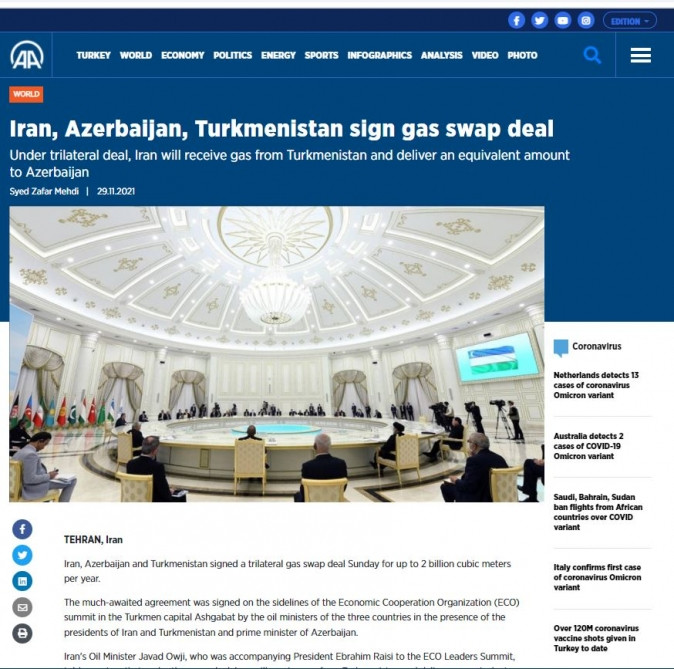 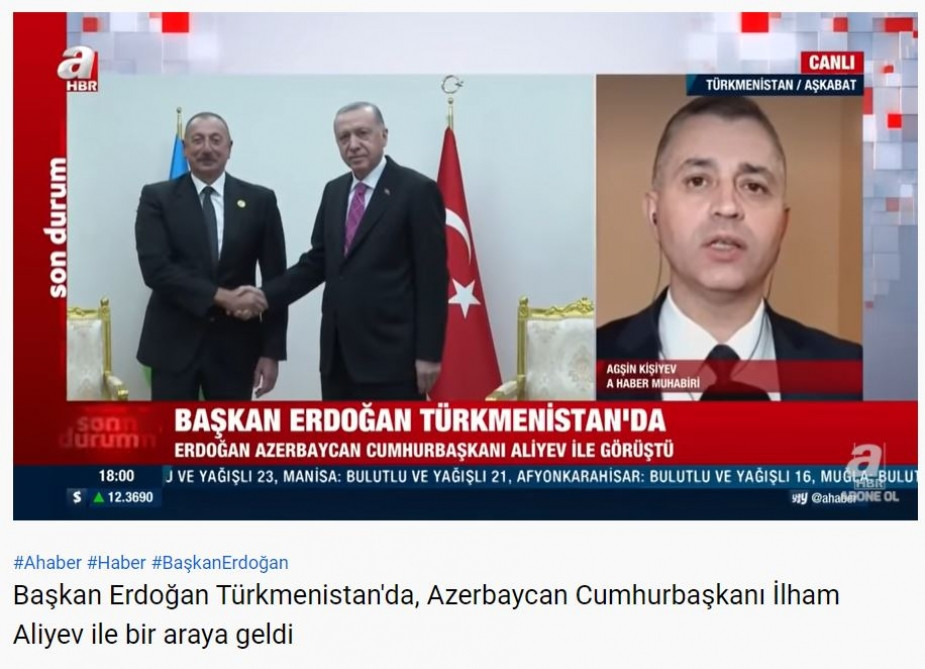 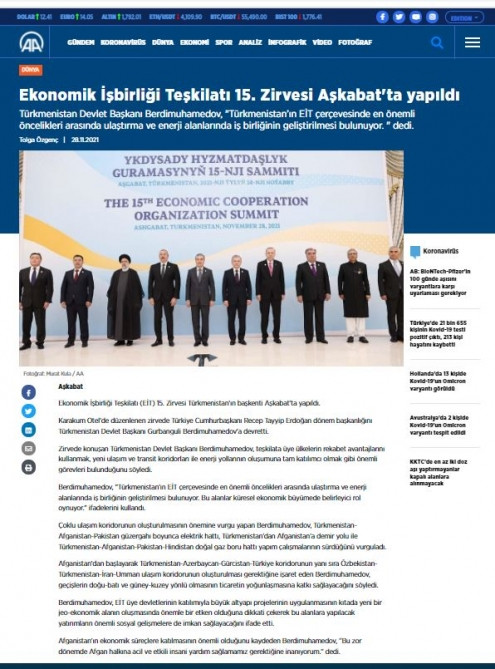 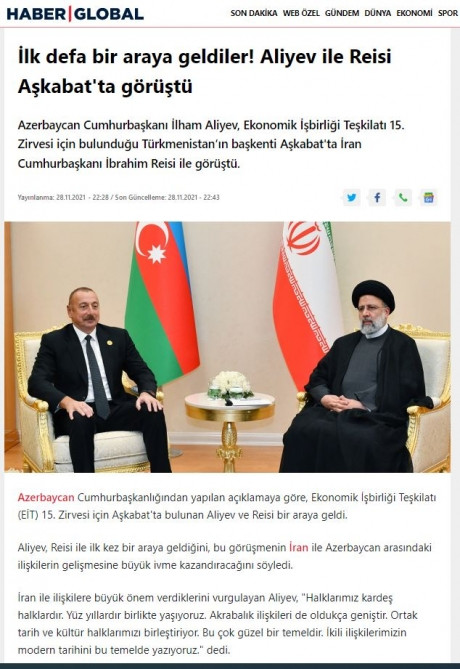 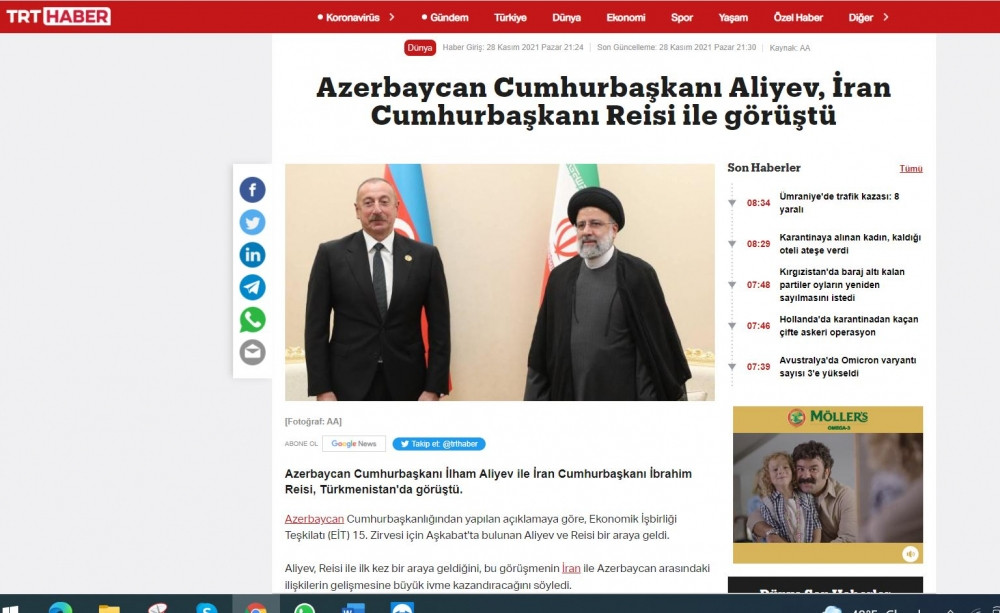 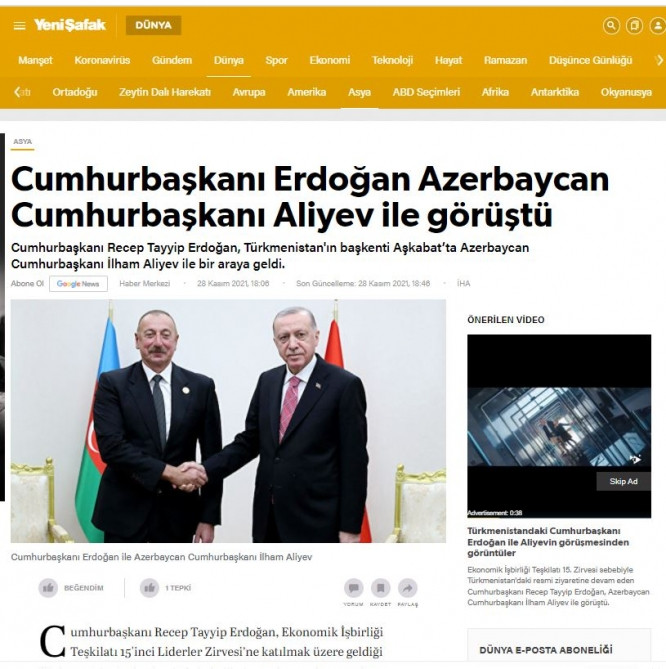