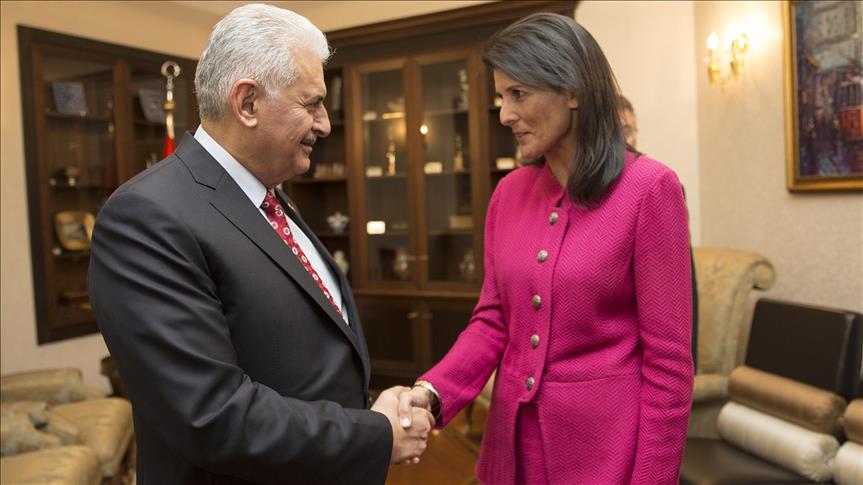 “Today we visited a health center that trains Syrian doctors and nurses to practice medicine in Turkey, helping their fellow refugees. This innovative Turkish/UN partnership also provides healthcare and counseling services for Syrians who have escaped conflict zones,” Haley wrote on Twitter alongside a photograph inside a health facility.

The head of Turkey’s Disaster and Emergency Management Authority Fuat Oktay, and the U.S. ambassador to Turkey John Bass also attended the meeting.

When war erupted six years ago, millions of Syrians were internally displaced or fled to neighboring states to escape the fighting.