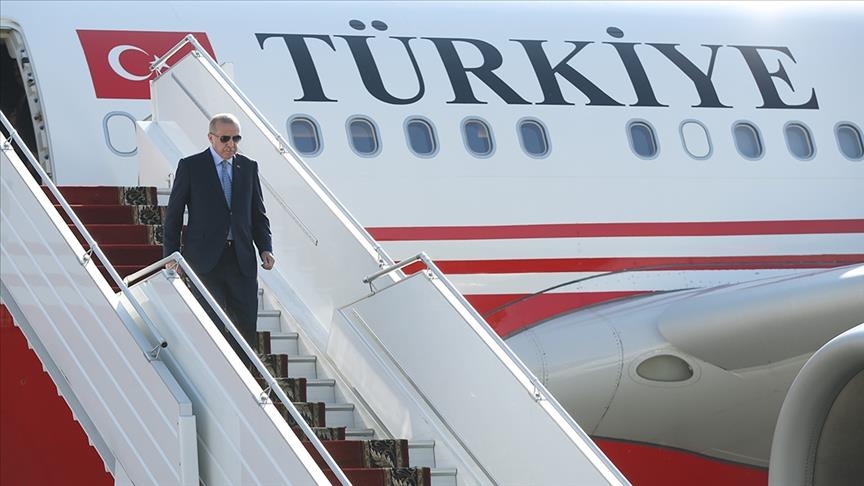 Turkish President Recep Tayyip Erdogan on Thursday arrived in the Ukrainian city of Lviv for talks with his Ukrainian counterpart and the UN chief, News.Az reports citing Anadolu Agency.

Before meeting Ukrainian President Volodymyr Zelenskyy, Erdogan will lay a wreath at the historic Lychakiv Cemetery.

He will hold a bilateral meeting with Zelenskyy at the Potocki Palace and discuss all aspects of Türkiye-Ukraine relations at the strategic partnership level.

The bilateral talks will be followed by a trilateral summit with UN Secretary-General Antonio Guterres.

Erdogan, Zelenskyy and Guterres will discuss steps that can be taken to end the Ukraine-Russia war through diplomatic means, and maintaining the mechanism established for the export of Ukrainian grain to world markets, according to the Turkish presidency.

They are expected to hold a joint news conference after the trilateral meeting.

On July 22, Türkiye, the UN, Russia, and Ukraine signed a deal in Istanbul to reopen three Ukrainian Black Sea ports for exporting Ukrainian grain stuck due to the war, which began in February.

To oversee the process, a Joint Coordination Center (JCC) in Istanbul was officially opened on July 27, comprising representatives from the three countries and the UN, to enable the safe transportation of commercial foodstuffs and fertilizers by merchant ships.

According to the UN, Guterres is also scheduled to visit the Ukrainian port city of Odesa to view the transport of grain. He will head to Türkiye on Saturday and visit the JCC in Istanbul.