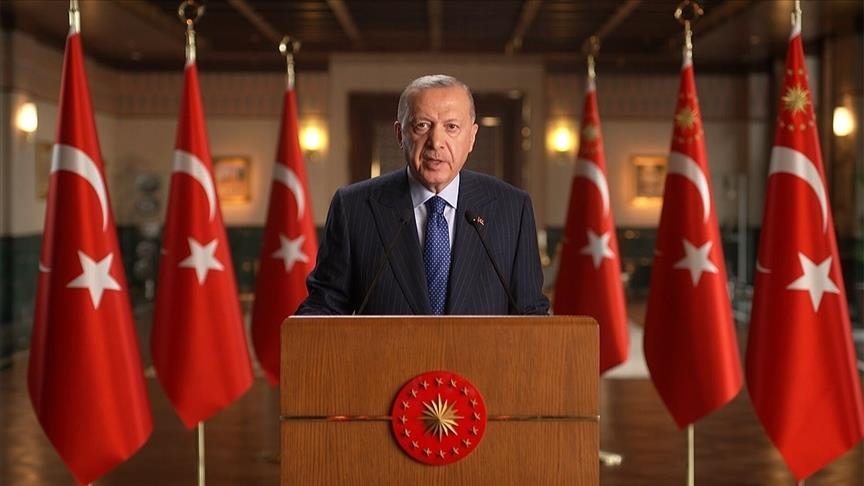 Turkey’s President Recep Tayyip Erdogan on Tuesday reiterated his call for a “fairer world,” criticizing the institutions in charge of ensuring peace and justice, as they have “failed once again” in the pandemic response, News.Az reports citing Anadolu Agency.

In a video message sent to the opening session of the TRT World Forum 2021, Erdogan said: “The need for reform in the United Nations and other international organizations can no longer be disregarded”.

The Turkish leader said that the COVID-19 pandemic has been dominating the world agenda over the past two years.

“The pandemic’s aftershocks are still being felt in a number of areas, particularly in the economy.

“Obviously, it will take time to get back to normal life after such a massive crisis,” he said, further saying that the world will never be the same again with “the contradictions and paradoxes of the global system” brought out as never before.

“In the face of this crisis, which threatens the future of all humanity, the institutions in charge of ensuring peace and justice in the world have failed once again,” he told TRT World Forum.

He stressed that underdeveloped countries and poor segments of the society have been abandoned to their fate, while protectionism in trade has intensified and supply chains have been disrupted.