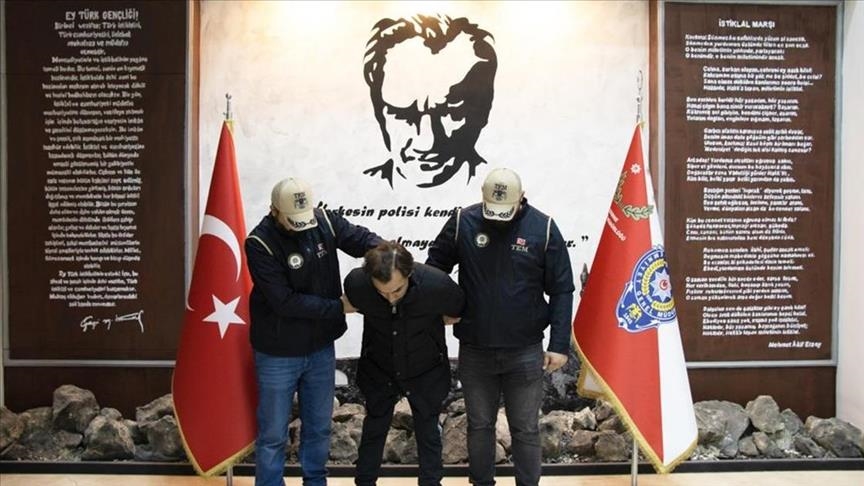 A suspect involved in the deadly Nov. 13 Istanbul terrorist attack was handed over to Turkish authorities on Tuesday, according to a top official in the country, News.Az reports citing Anadolu Agency.

Bulgarian officials delivered Hazni Golge, who helped fugitive suspect Bilal Hassan escape the country after the terror bombing, at the border between the two countries after Turkish authorities determined that he was in that Balkan country, Interior Minister Suleyman Soylu said in a TV interview.

"We discussed the issue with (authorities in) Bulgaria. They delivered him (Golge) to us in Edirne at around 18.00 (1500GMT). We thank Bulgaria for the cooperation," Soylu said.

Hassan had dropped off the perpetrator of the bombing on the day of the attack that killed six people and left 81 injured on Istanbul's busy Istiklal Avenue.

The Istanbul Chief Public Prosecutor's Office's investigation into the terror attack is ongoing, with a total of 59 suspects have been taken into custody, 24 of whom are under arrest as part of the investigation.

Soylu had previously announced that Hassan's brother had also been nabbed by security forces.