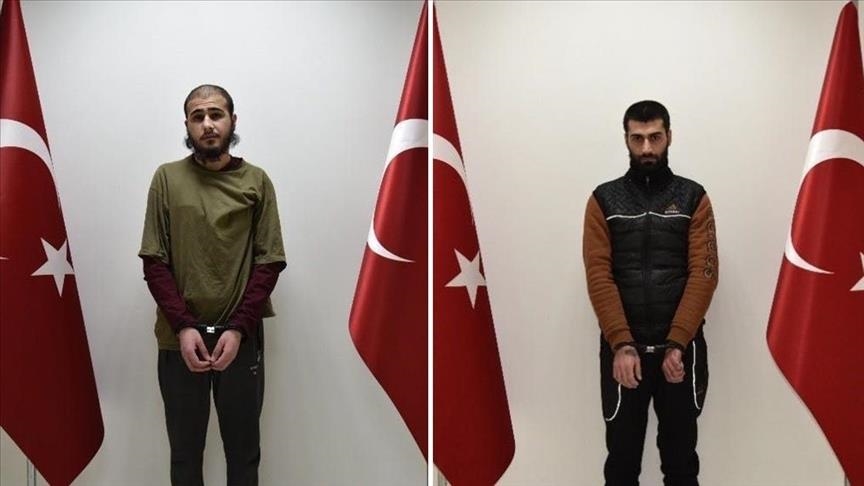 The terrorists, identified as Orhan Moran and Mustafa Kilicli, have been brought to Turkiye, said the sources.

They were handed over to gendarmerie forces in Turkiye’s southeastern border province of Hatay.

In their preliminary statements, the terrorists admitted that they were planning attacks in Turkiye and on the Turkish military in Syria. The suspects also acknowledged that they were helping other Daesh/ISIS terrorists in the region, the sources added.