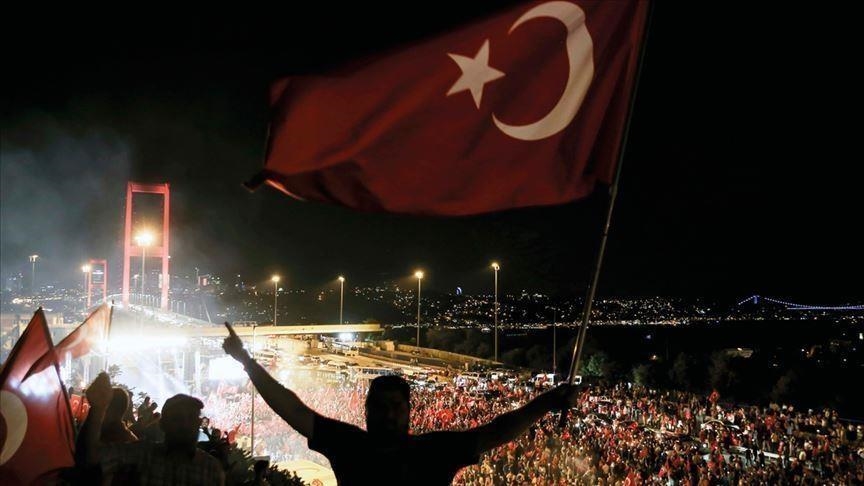 Since its designation in October 2016, every year the nation marks July 15 as Democracy and National Unity Day, with events held nationwide to commemorate those who lost their lives beating back the putschists and to remember the bravery of the nation.

Ankara also accuses FETO of being behind a long-running campaign to overthrow the state through the infiltration of Turkish institutions, particularly the military, police, and judiciary.

Standing against the threat, the Turkish people courageously showed the world that they would not tolerate any attempt to thwart their will as expressed through their democratically elected government.

Turkish President Recep Tayyip Erdogan has consistently warned countries that support or host fugitive FETO members of the danger of doing so, as "FETO is a bloody terror group that hides its dark face under the guise of deception."

Over the years, the international community has come to gradually understand that FETO is not a social movement but a dark and insidious terror group with political and economic aims.