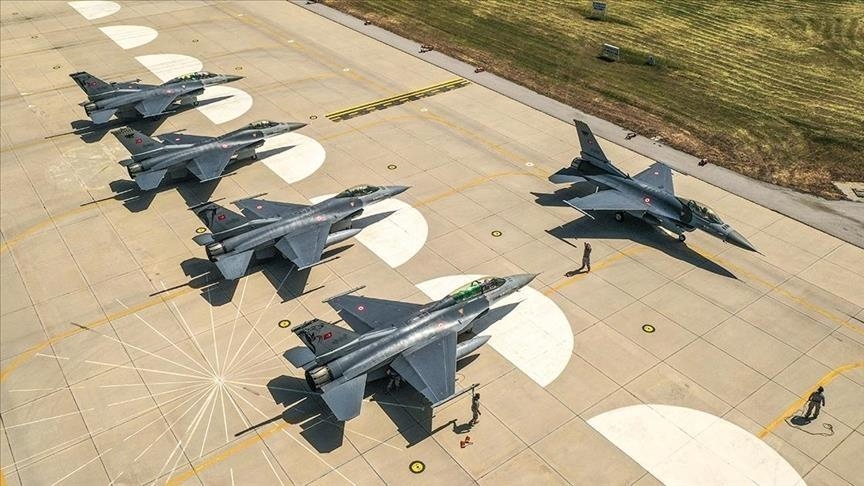 Speaking to reporters following a meeting with his US counterpart Antony Blinken, Cavusoglu said the US Congress should not portray these separate issues as related, News.Az reports citing Anadolu Agency.

"We say that these two different issues should not be related to each other," he stressed.

He added that Sweden and Finland’s NATO bids were never raised as a “precondition” in the F-16 sales process.

If the (Biden) administration stands firm, this issue would be resolved,” Cavusoglu said.

Last October, Ankara made a request to Washington for 40 F-16 jets and modernization kits, while the State Department last week informally notified Congress of the potential sale.

He said he also invited Blinken to visit Türkiye and attend the Antalya Diplomacy Forum in March.

Asked about the sale of F-35 jets to Greece, the Turkish foreign minister said the US policy of balance between Türkiye and Greece has “deteriorated.”

Recalling the decision by the US to lift an arms embargo on the Greek Cypriot administration, he said: “Greek Cypriots will be able to buy weapons from the US. Against whom will it buy? Against the Turkish Cypriots, against Türkiye.”

The two top diplomats sat down together in the US capital as part of Türkiye-US Strategic Mechanism meetings.

The mechanism was launched last April following a meeting between Turkish President Recep Tayyip Erdogan and his US counterpart Joe Biden on the sidelines of the G-20 summit in Rome.

Erdogan and Biden agreed to establish a mechanism that promotes high-level dialogue and addresses issues on which Türkiye and the US do not fully agree, along with issues they are working on.