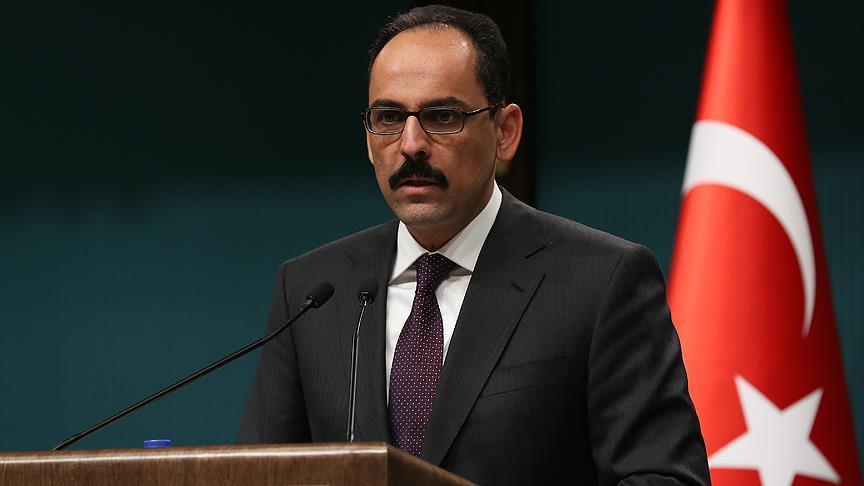 A “serious and genuine conversation” is underway between Russia and Western countries, and Turkiye is willing to contribute to the elimination of differences between Russia and Ukraine, Turkiye’s presidential spokesman Ibrahim Kalin said, News.Az reports citing Anadolu Agency.

“In fact, in the next couple of weeks, President Erdogan will be travelling to Ukraine to hold talks with President Zelensky there, but also we will remain in close contact with the Russians to avoid any kind of military action, whose consequences of course will be great and irreversible.

So we all have to do whatever we can to avoid that kind of situation.”

“In fact, he even invited both of them to come to Turkiye, if they want to have a meeting there, sort out their issues and differences,” he said.

He added that “Turkiye remains available for any role…to lower tensions between Russia and Ukraine.”

“And we do this as Turkiye, as a friendly country to both Russia and Ukraine, but also as a NATO ally.”