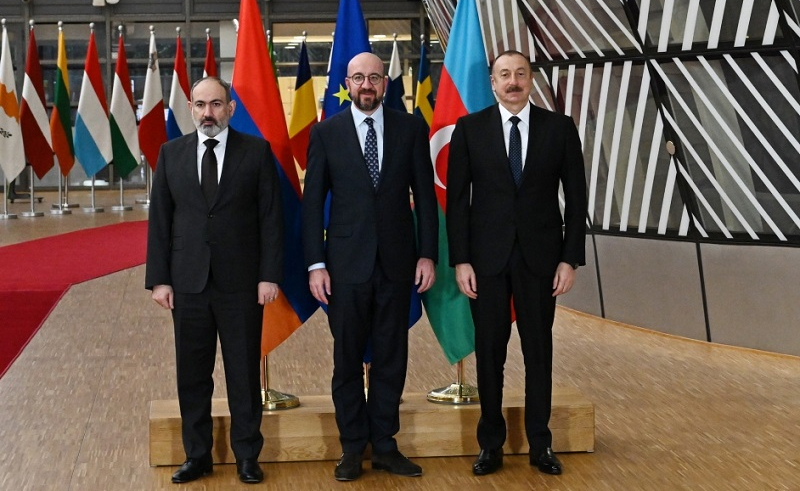 Ankara welcomes the decision by Azerbaijani President Ilham Aliyev and Armenian Prime Minister Nikol Pashinyan reached at a meeting hosted by European Council President Charles Michel on 6 April 2022 in Brussels to begin the preparations for a peace treaty as well as their agreement on the establishment of a joint border commission, News.Az reports citing the Turkish Foreign Ministry.

Turkiye supports and actively contributes to the efforts for establishing peace and stability in the region, the ministry noted.

On Thursday in Brussels, Azerbaijan’s President Ilham Aliyev held a meeting with Armenian PM Nikol Pashinyan with the participation of European Council President Charles Michel. During the meeting which lasted over four hours, the Azerbaijani and Armenian leaders agreed to convene a Joint Border Commission by the end of April.