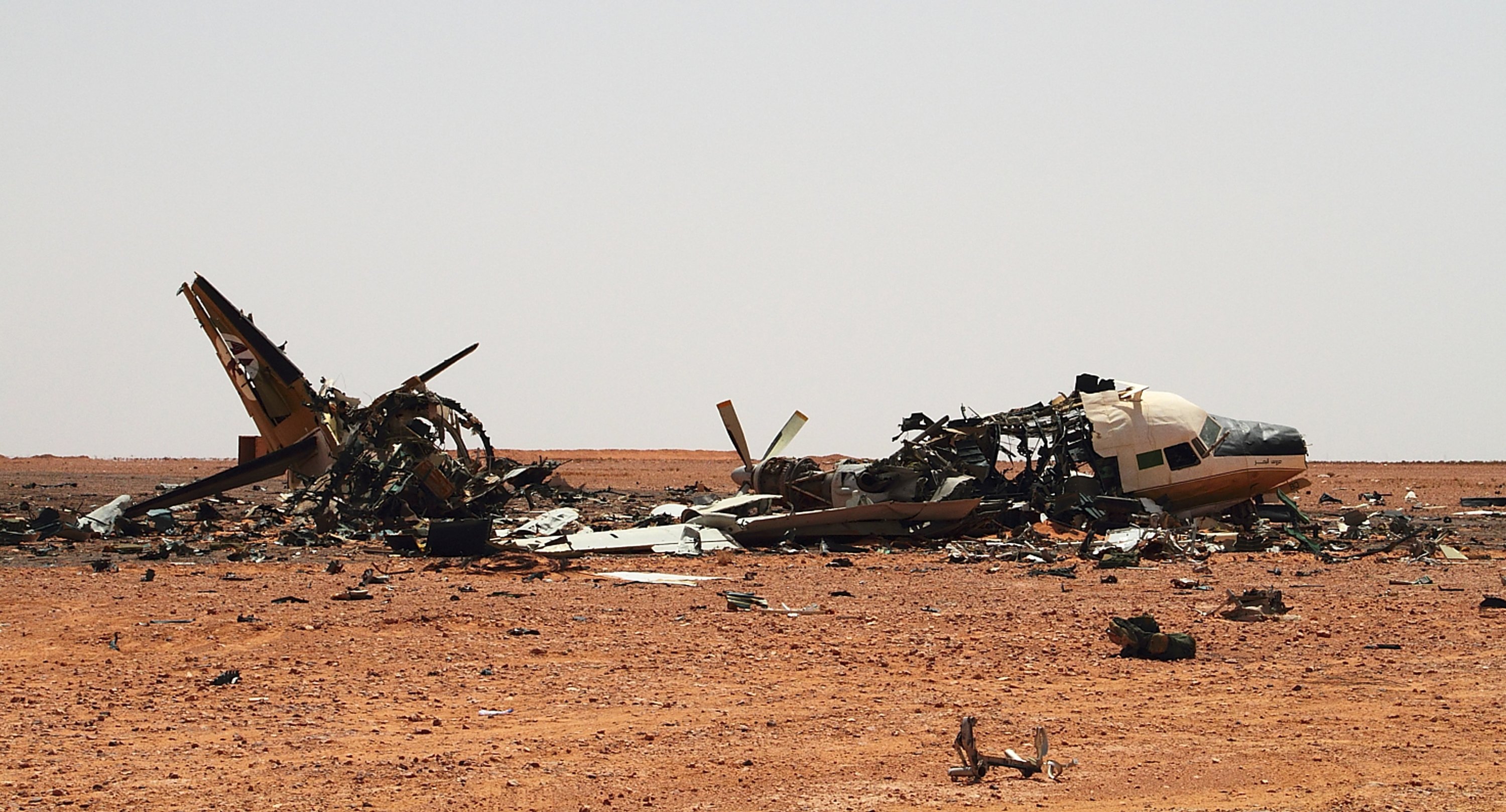 The Haftar sources said the helicopters collided in the air over the village of Msus, 130 kilometers (about 81 miles) southeast of the city of Benghazi.

A two-officer crew, including Brig. Gen. Bouzied al-Barrasi, was killed in the crash, while the second helicopter crew survived, Haftar's self-styled Libyan Arab Armed Forces (LAAF) said in a brief statement. The statement did not give the cause of the crash and said the helicopters were on a military mission.

Haftar's forces control eastern and most of southern Libya. The crash came as they have been battling Chadian fighters in Libya’s southern areas on the border with Chad.

The clashes erupted last week and could further destabilize the wider Sahel region after Chadian President Idriss Deby Itno was killed in April in battles between his government and Chadian rebels.

Haftar, who is based in the eastern city of Benghazi, declared his support for the new transitional government and a “peaceful and democratic alternation of power” in Libya.

He continues to operate independently from the legitimate government and continues to lead armed militias, calling himself the commander in chief of the Libyan army.

According to Libyan official sources, Haftar's forces and affiliated militias committed war crimes and acts of genocide in the period between April 2019 and June 2020.

His offensive, supported by Egypt, France, the United Arab Emirates (UAE) and Russia, collapsed when the U.N.-recognized Government of National Accord (GNA) forces gained upper hand with support from Turkey.

Libya has been in turmoil since 2011 when a NATO-backed uprising toppled longtime dictator Moammar Gadhafi, who was later killed. The country was since split between rival administrations in the east and the west.