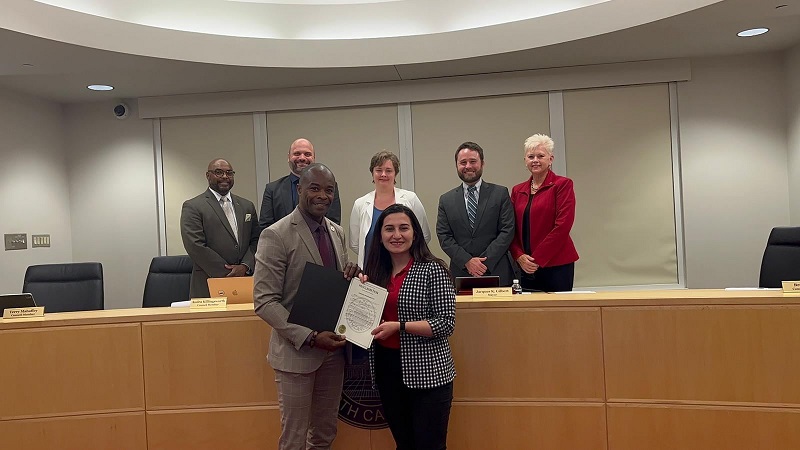 Cary and Charlotte cities of the US State of North Carolina proclaimed 28 May 2022 ‘Azerbaijan Independence Day’ in the cities, the State Committee of Azerbaijan for Diaspora Affairs told News.Az.

The relevant proclamations signed by Cary Mayor Harold Weinbrecht and Charlotte Mayor Viola Alexander Lyles say that the Azerbaijani Americans of the cities mark the next anniversary of the Azerbaijan Democratic Republic established on May 28, 1918.

The documents also praise the activities of the Azerbaijani community in establishing cultural, economic, scientific and educational relations with Azerbaijan, as well as contributing to intercultural understanding in the cities of Cary and Charlotte.

The proclamations were adopted on the initiative of Adika Iqbal, Head of the Azerbaijan Friendship Organization based in North Carolina. 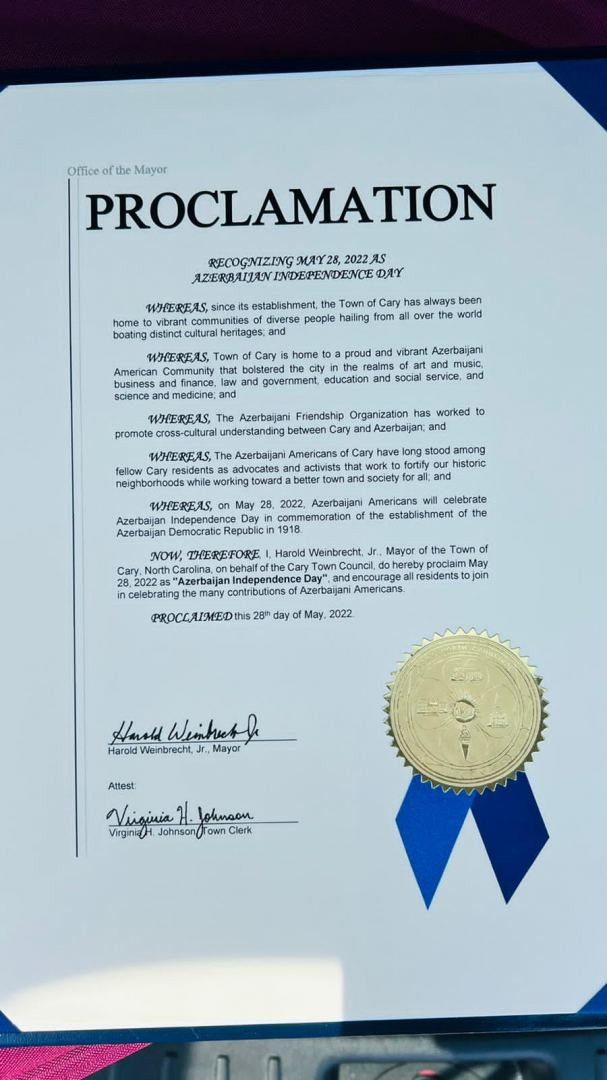 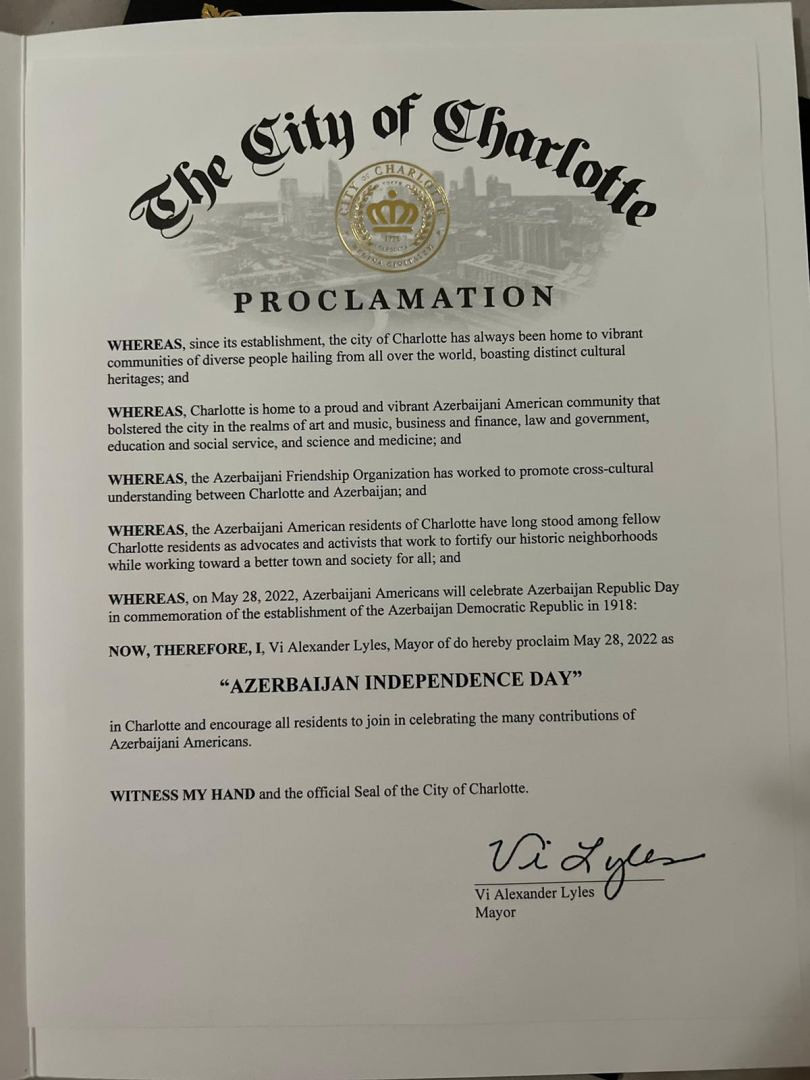