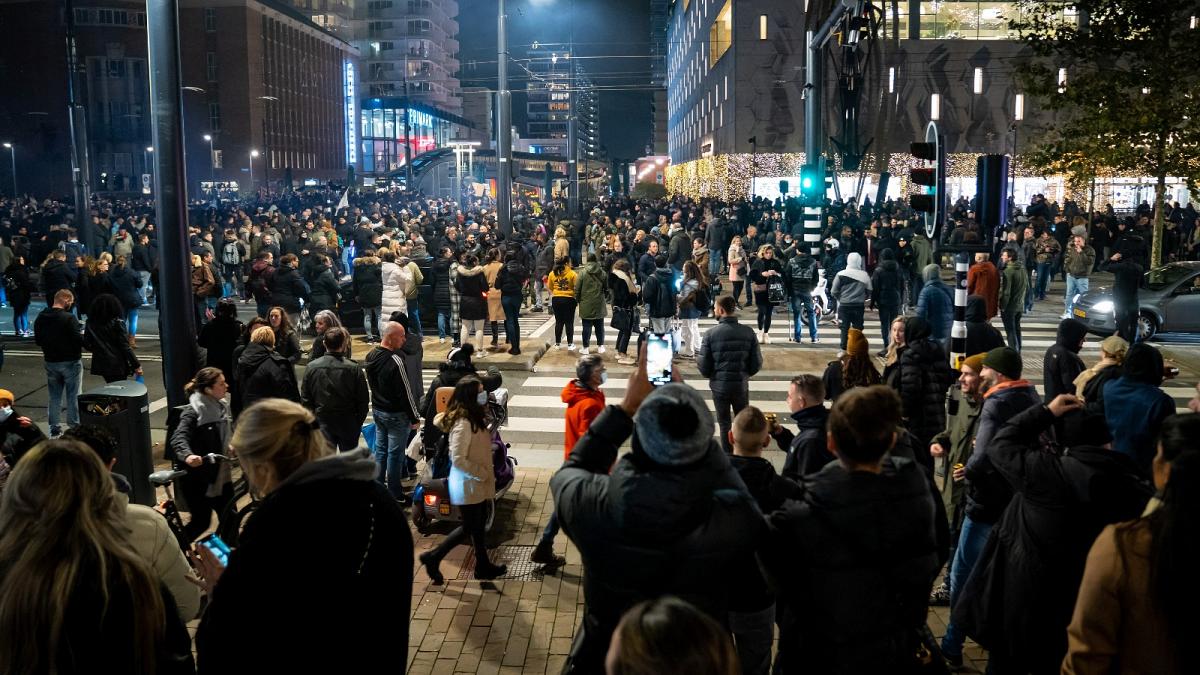 Crowds of rioters in the port city of Rotterdam torched cars and threw rocks at police who responded with shots and water canon, as protests against COVID-19 measures turned violent on Friday night, News.Az reports citing Reuters.

"We fired warning shots and there were also direct shots fired because the situation was life-threatening," police spokesperson Patricia Wessels told Reuters.

"We know that at least two people were wounded, probably as a result of the warning shots, but we need to investigate the exact causes further," she said.

Several hundred people had gathered to voice opposition to government plans to restrict access to indoor venues to people who have a "corona pass", showing they have been vaccinated or have already recovered from an infection.