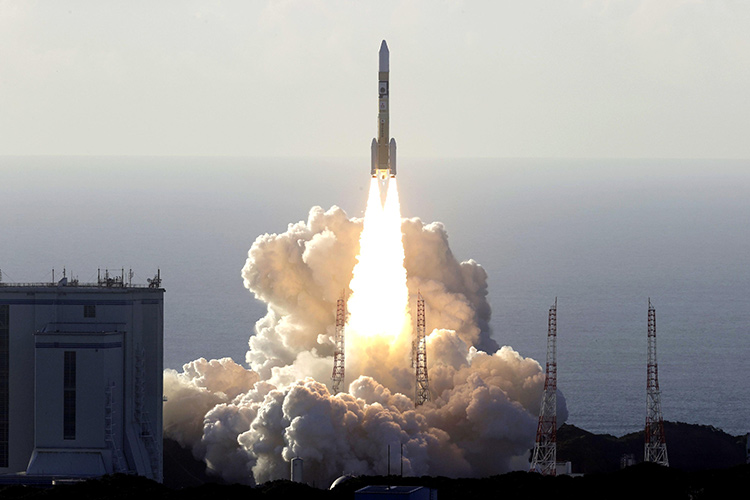 The United Arab Emirates' historic first mission to Mars is under way, after a successful lift-off in Japan.

The Hope probe launched on an H2-A rocket from Tanegashima spaceport, and is now on a 500-million-km journey to study the planet's weather and climate.

Two previous attempts to launch the probe in the past week had to be called off because of adverse weather.

Hope's arrival in February 2021 is set to coincide with the 50th anniversary of the UAE's formation.

Her Excellency Sarah Al Amiri, the science lead on Hope, spoke of her excitement and relief in seeing the rocket climb successfully into the sky. And she stated the impact on her country would be the same as that on America when its people watched the Apollo 11 Moon landing 51 years ago, also on 20 July.

"It was an anchor for an entire generation that stimulated everyone that watched it to push further and to dream bigger," she told BBC News.

"Today I am really glad that the children in the Emirates will wake up on the morning of the 20th of July having an anchor project of their own, having a new reality, having new possibilities, allowing them to further contribute and to create a larger impact on the world."

The UAE craft is one of three missions heading to Mars this month.

The US and China both have surface rovers in the late stages of preparation. The American mission, Perseverance, sent its congratulations to Hope. "I cannot wait to join you on the journey!" its Twitter account said.