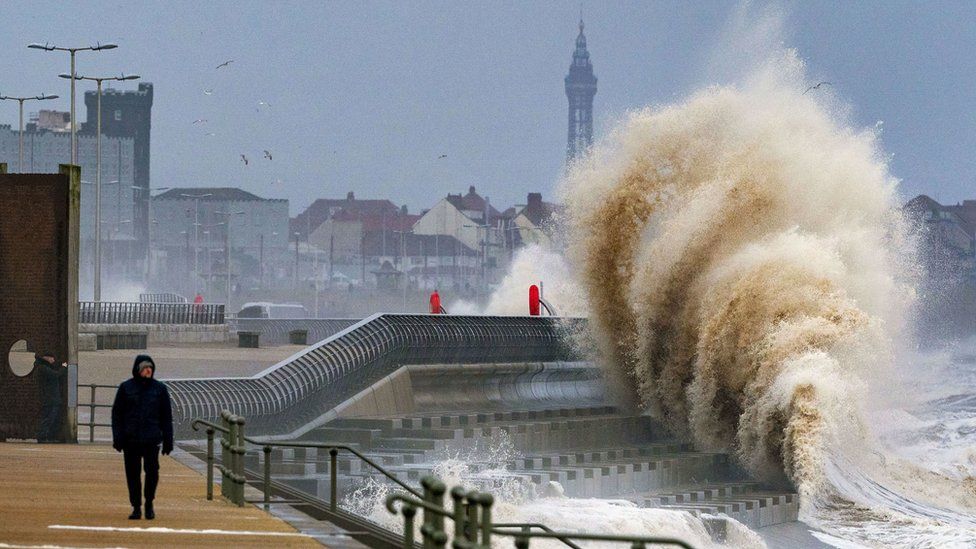 Millions of people have been told to stay at home as one of the worst storms in decades, Storm Eunice, hits the UK, News.Az reports citing BBC.

The Met Office has issued a second rare red weather warning to cover London, the south-east and east of England.

A red warning - meaning there is a danger to life from flying debris - is already set to cover parts of south-west England and south Wales.

Hundreds of schools will be closed, all trains in Wales are suspended and the Army is on stand-by.

Forecasters warn Eunice could bring wind gusts of up to 90mph on Friday, causing significant disruption and power cuts.

BBC Weather said it "could well be one of the worst storms in three decades".

Eunice is the second storm in a week for the UK after Storm Dudley battered parts of Scotland, northern England and Northern Ireland, leaving thousands of homes without power.

Red weather warnings are rare, and mean that roofs could be blown off, power lines brought down and trees uprooted - as well as flying debris which could cause a danger to life.

The last red warning was for Storm Arwen in November last year, but before that one had not been issued since the so-called "Beast from the East" in 2018.