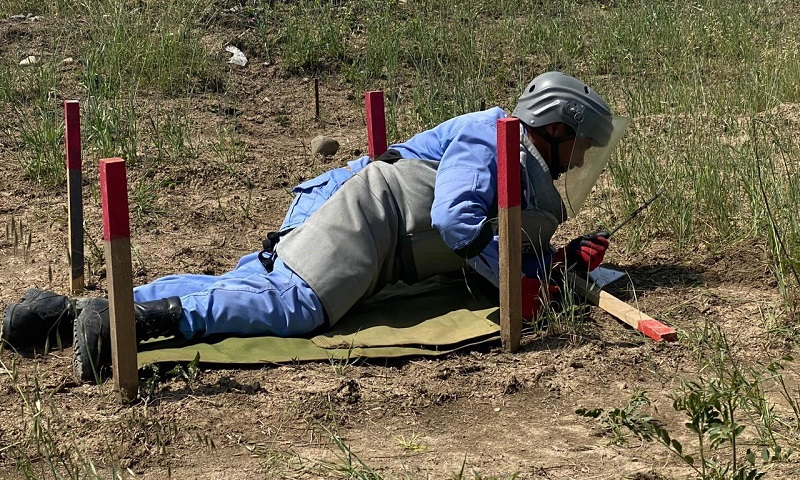 The UK MP, Lord David Evans, addressed the country’s government on the issue of supporting Azerbaijan with its efforts to clear landmines in its territories liberated from occupation, the Azerbaijani Embassy told News.Az.

Minister of State Foreign, Commonwealth and Development Department Lord Goldsmithin said that in June 2021, the UK Defense Ministry sent a counter-explosive expert to Azerbaijan to understand how the UK can support the country on the mine-clearing issue.

Besides, according to Goldsmith, the Minister for Europe and Americas Wendy Morton announced in September that the UK had contributed 500,000 pounds sterling to a United Nations Development Program initiative to take action on removing the problem of mines existing in the region [as a legacy of the Karabakh conflict].

These funds will be used for training and involving personnel to support de-mining in Azerbaijan, added the MP.

The address of Evans and the answer of Goldsmith can be found on the official website of the UK Parliament by linking to: