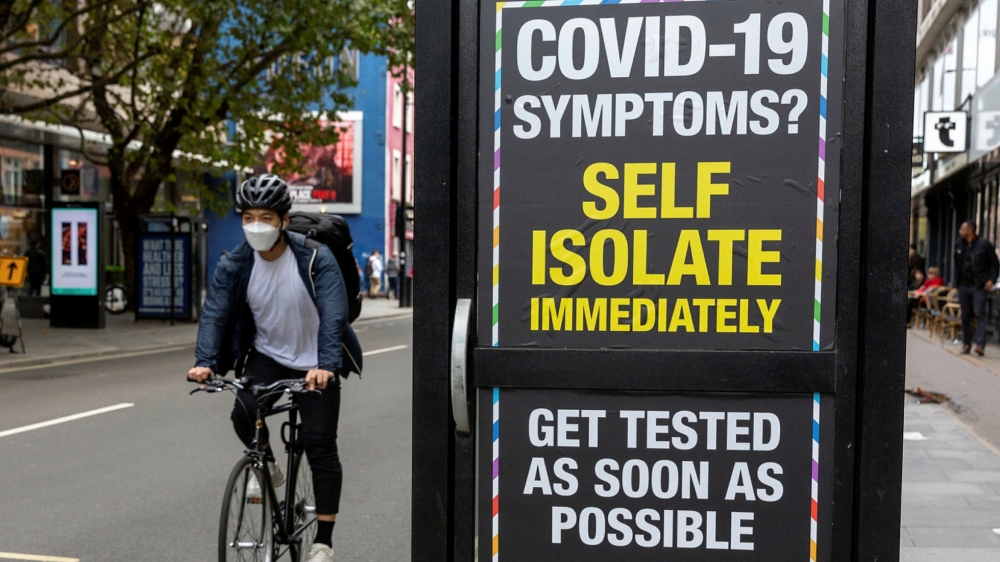 Speaking to reporters at a vaccination center, Johnson said 90% of coronavirus patients receiving intensive care had not gotten their booster shots.

Government data on Tuesday showed that more than 800,000 people had gotten infected in the past seven days, a 30.3% rise from the previous week.

The highest increase of new cases was observed in London, Manchester, and Hertfordshire, according to the figures.

British authorities said in various statements that they were constantly reviewing the scientific findings but ruled out any new measures and potential lockdowns until after New Year's Eve.

Meanwhile, the number of people who received a third COVID-19 vaccine dose surpassed 32.5 million, whereas the number of those who have received two shots has reached 47 million across the country.

The UK has the worst COVID-19 death toll across Europe with, 148,021 fatalities within 28 days of a positive test, according to the latest data.