UN aid chief says there is famine in Ethiopia's Tigray 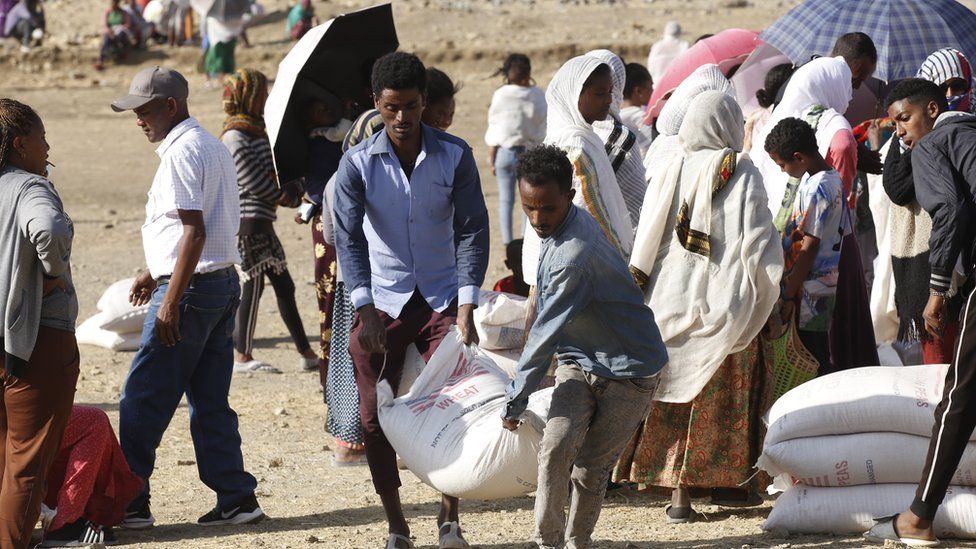 UN humanitarian chief Mark Lowcock has said there is famine in northern Ethiopia after the release of a UN-backed analysis of the situation.

"There is famine now," he said, adding: "This is going to get a lot worse."

The study found that 350,000 people were living in "severe crisis" in the war-torn Tigray region.

Tigray has been devastated by fighting between government forces and rebels, with 1.7 million people displaced since fighting began in November 2020.

According to the assessment, the food situation in the region has reached the level of a "catastrophe", which it defines as starvation and death affecting small groups of people spread over large areas.

The UN's World Food Programme (WFP), Food and Agriculture Organization and children's agency Unicef have all called for urgent action to address the crisis.

The analysis - or Integrated Phase Classification (IPC) as it is known - was not endorsed by Ethiopia's government, which insists that humanitarian access is being expanded as it restores order across the region.