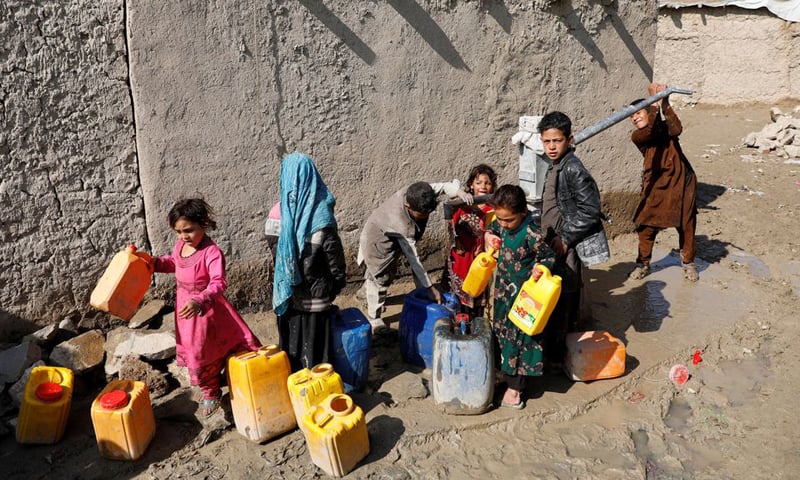 The United Nations said Tuesday it needed $5 billion in aid for Afghanistan in 2022 to avert a humanitarian catastrophe and offer the ravaged country a future after 40 years of suffering, News.Az reports citing AFP.

In its biggest-ever single-country appeal, the UN said $4.4 billion (3.9 billion euros) was needed within Afghanistan, while a further $623 million was required to support the millions of Afghans sheltering beyond its borders.

"Help us scale up and stave off wide-spread hunger, disease, malnutrition and ultimately death."

Since the Taliban hardline Islamist movement seized control of Afghanistan in mid-August, the country has plunged into financial chaos, with inflation and unemployment surging.

Washington has frozen billions of dollars of the country's assets, while aid supplies have been heavily disrupted.

Afghanistan also suffered its worst drought in decades in 2021.

Without the aid package, "there won't be a future", Griffiths told reporters in Geneva.

Griffiths said the appeal, if funded, would help aid agencies ramp up the delivery of food and agriculture support, health services, malnutrition treatment, emergency shelters, access to water and sanitation, protection and education.

Griffiths said that without humanitarian aid, distress, deaths, hunger and further mass displacement would follow, "robbing the people of Afghanistan of the hope that their country will be their home and support, now and in the near term".