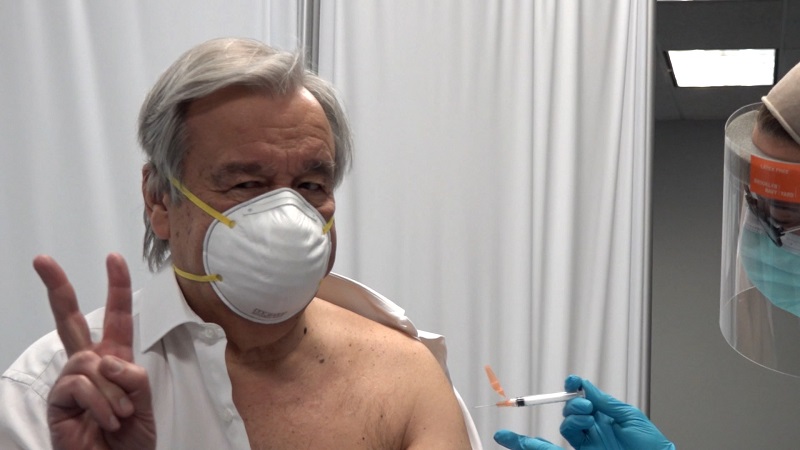 The UN Secretary-General, António Guterres, received his first dose of the COVID-19 vaccine on Thursday, at Adlai E. Stevenson High School in The Bronx, a few miles uptown from UN Headquarters in New York, the organization said.

In a Tweet, Mr. Guterres expressed his gratitude and good fortune at receiving the jab, and urged the international community to ensure that vaccines becomes available to everyone, on an equitable basis. “With this pandemic, none of us are safe until all of us are safe”, he wrote.

71-year-old Mr. Guterres was eligible to receive the vaccine on the basis of his age: New York residents over the age of 65 are included in the current phase of vaccinations in the city, which also includes school workers, first responders, public transit workers and grocery workers.

Since December 2019, the pandemic has claimed more than 2.18 million lives in 192 countries and regions.

Over 101.4 million cases have been reported worldwide, with recoveries now totaling over 56 million, according to figures compiled by US-based Johns Hopkins University.

The US, India and Brazil remain the worst-hit countries in terms of cases.