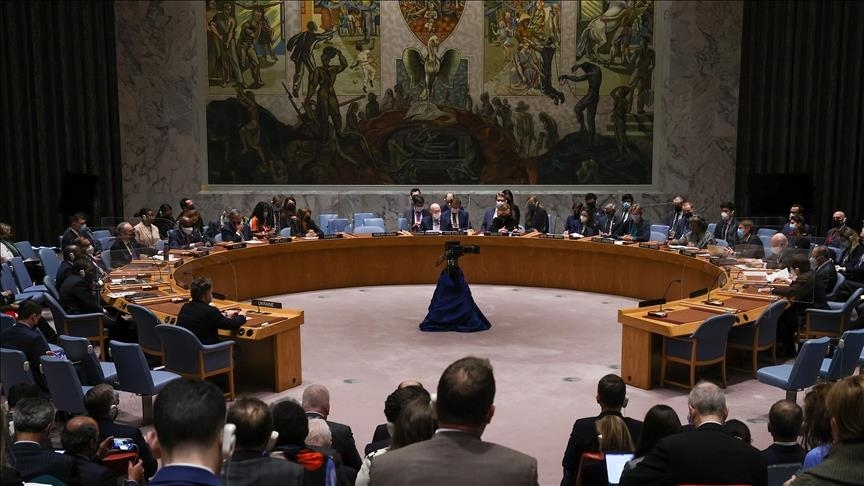 Only China joined Russia in voting in favor of the text, with all of the chamber's other 13 members abstaining.

The draft resolution expresses "grave concern at the deteriorating humanitarian situation in and around Ukraine," citing in particular a growing number of internally displaced people and refugees from the Ukrainian conflict.

Russia's war on Ukraine, which began on Feb. 24, has been met with international outrage, with the European Union, US and UK among others implementing tough financial sanctions on Moscow.

At least 977 civilians have been killed during the war and 1,594 injured, according to UN estimates.

More than 3.6 million people have fled Ukraine to neighboring countries, according to the UN refugee agency.