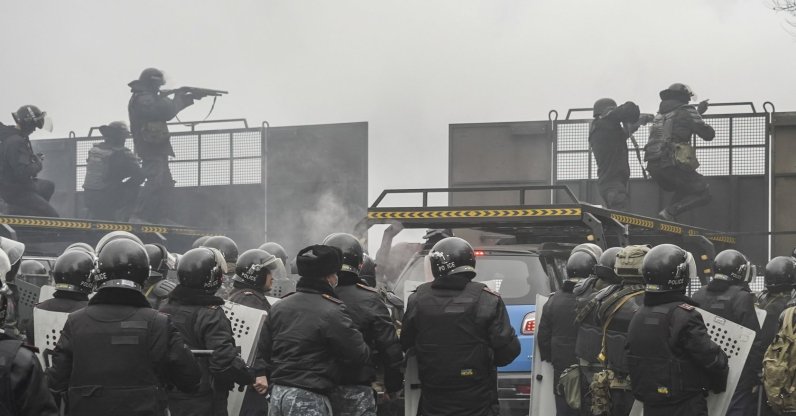 The United Nations and the White House on Wednesday urged Kazakh authorities to show "restraint" in dealing with violent civil unrest, as the government in the Central Asian nation declared a state of emergency after protests, News.Az reports citing AFP.

The U.N. called for all parties to "exercise restraint, refrain from violence and promote dialogue."

White House press secretary Jen Psaki also said the U.S. supports "calls for calm" and said protesters should be able to "express themselves peacefully," urging the authorities "to exercise restraint."

Kazakhstan on Wednesday declared a nationwide state of emergency after protests over a fuel price hike erupted into clashes and saw demonstrators storm government buildings.

The country has been roiled by protests since the start of the year that escalated Wednesday into clashes with police.

Authorities cut internet and mobile phone access nationwide and earlier declared states of emergency in the epicenters of the rallies – financial capital Almaty and the Mangystau province – as well as in the capital Nur-Sultan, where no demonstrations have so far been reported.

The state of emergency was later extended across the entire ex-Soviet country.