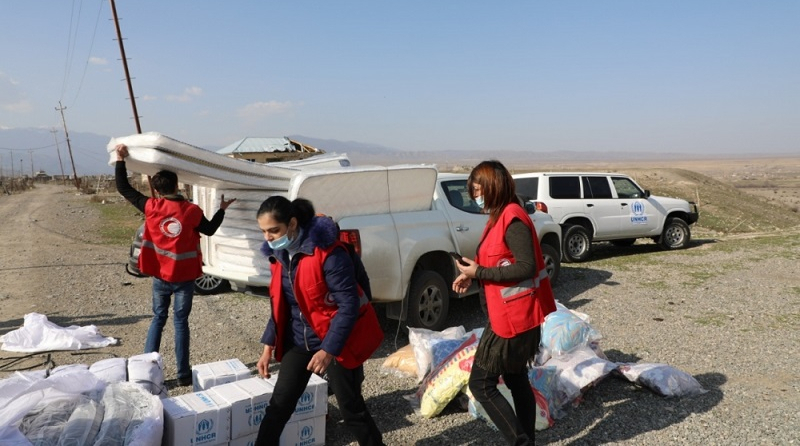 The Azerbaijan Red Crescent Society has started to distribute core relief items donated by UNHCR to people affected by the recent conflict in the Nagorno-Karabakh region. As of today, UNHCR has delivered to Azerbaijan or procured locally some 30,000 blankets, 10,000 square meters of plastic tarpaulin, 4,000 kitchen sets, 443 dignity (sanitary) kits, 12,000 pillows, and 2,554 mattresses for the benefit of the conflict affected communities, for approximately 2,400 families or more than 10,000 people.

“In line with its mandate and mission, the Azerbaijan Red Crescent Society has been actively engaged in delivering emergency humanitarian assistance to the affected population. We appreciate the recently expanded partnership with UNHCR to distribute necessary relief items to the conflict-affected people in several cities and districts of the country,” said Jeyhun Mirzayev, Secretary-General of the Azerbaijan Red Crescent Society.

In addition to the Azerbaijan Red Crescent Society, which is in charge of the distribution of the relief items, local authorities of Aghdam and Aghjabadi districts have also received some core relief items directly from UNHCR, i.e. 3,108 blankets, 8,000 square meters of plastic tarpaulin, 443 kitchen sets, 1,554 matrasses, 3,108 pillows and 443 dignity (sanitary) kits, and started the distribution to those most in need of support during the harsh winter months. 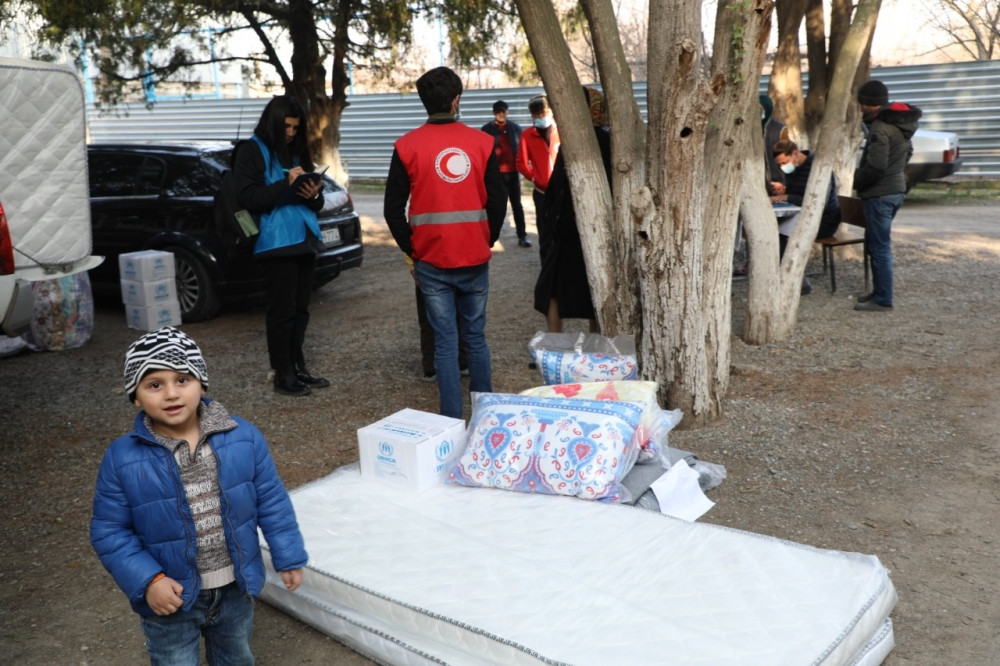 In Tartar district, which has been affected by the conflict, some 400 families received kitchen sets, blankets, matrasses, and pillows. Relief items also reached families temporarily accommodated in Shikharkh school building, which is located at the outskirts of Tartar city.

A forty-year-old man who has been displaced several times, said his family is thankful to all who brought these items, which he said were much needed, especially in the cold winter. “We would not have survived without support from our neighbors and relatives, the local authorities and humanitarian organizations as we lost almost all household items. Therefore, any assistance is welcome in such a challenging period.”

“As the UN Refugee Agency, we have been engaged in supporting displaced people in the region since the 1990s. In line with our mandated responsibilities, we stand ready to assist those displaced by the conflict, including to returning IDPs, in close coordination with the national authorities and all concerned,” said UNHCR Representative in Azerbaijan Guido Ambroso. “We have been in contact with the authorities to further discuss the role UNHCR can play in return of displaced people, as per the 9 November 2020 tripartite statement signed by Armenia, Azerbaijan and Russia.”

UNHCR is procuring more core relief times to alleviate the hardship of most vulnerable displaced people in Azerbaijan. Another donation from UNHCR is currently on the way, including some 300 fire retardant family tents, 9,000 reinforced plastic tarpaulin sheets, some 5,000 kitchen/cooking sets, 24,600 high-thermal blankets, and 11,000 solar lamps with an estimated value of 644,000 USD without transport costs. 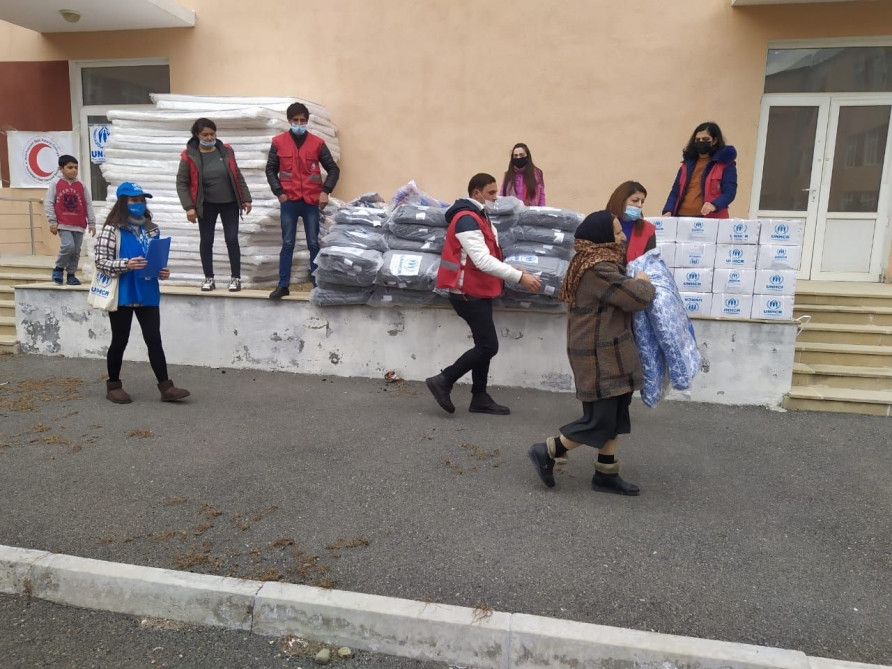