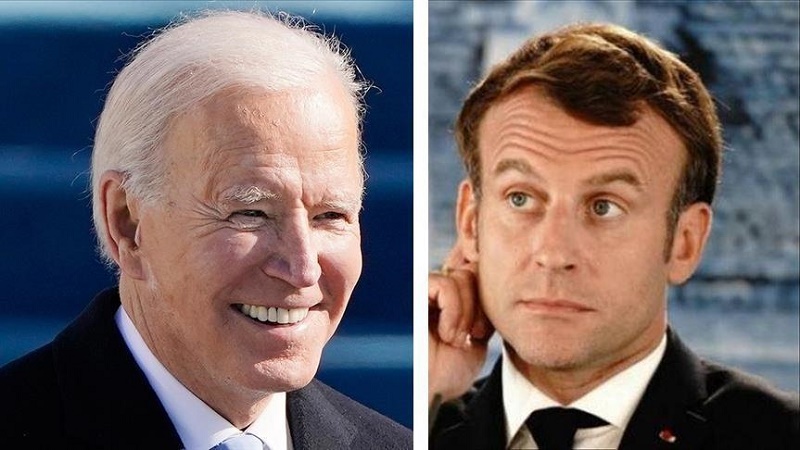 A major rift in bilateral relations with France was caused by "clumsy" diplomacy on the US's part, President Joe Biden said on Friday as he offered Paris a public mea culpa, Anadolu Agency reports.

"It was not done with a lot of grace," Biden said while meeting with French President Emmanuel Macron in Italy ahead of the G20 Leaders summit, further emphasizing that Paris remains "an extremely valued partner."

"I was under the impression that France had been informed long before that the deal was not coming through," he said.

The meeting comes after the US and UK agreed in September to provide Australia with technology to build a fleet of nuclear-powered submarines, which saw a $90 billion French contract to sell Australia conventionally-powered submarines fall through. The deal led Paris to pull its ambassador from Washington.

The envoy ultimately returned after the US and France agreed to a joint statement in which they said the nuclear submarine deal "would have benefitted" from greater openness.

Addressing reporters alongside Biden, Macron said he and the US president "clarified together what we had to clarify."

"Now what’s important is to be sure that such a situation will not be possible for our future," he said. "This is an extremely important clarification."

The decision to provide Australia with critical nuclear know-how came in conjunction with a trilateral announcement from Washington, Canberra and London of a new Indo-Pacific-focused security pact known as AUKUS. All three nations have since stressed the importance of France, which is the only EU state to have territorial claims in the region.