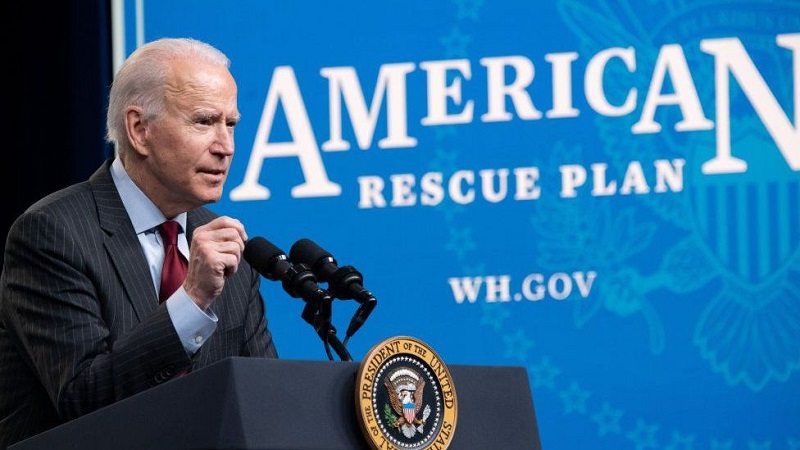 The House of Representatives approved the massive economic aid plan 220-211 on Wednesday along partisan lines, with no Republicans voting in favour.

Having already passed through the Senate, the relief package now heads to Mr Biden's desk to be signed into law.

This sixth Covid-19 relief bill is a major legislative win for Mr Biden.

The bill passed with all but one House Democrat voting in favour.

White House spokesperson Jen Psaki said the president will sign the bill into law on Friday.

The bill "is about giving the backbone of this nation - the essential workers, the working people who built this country, the people who keep this country going - a fighting chance" Mr Biden said.

He later vowed to share any surplus Covid-19 vaccines globally after ensuring that Americans are immunised. "If we have a surplus, we're going to share it with the rest of the world," he said.

The final bill includes one-off direct payments worth $1,400 to be sent off to most Americans.

It extends weekly jobless benefit payments of $300 until September.

It also allocates $350bn to state and local governments, some $130bn to school reopening, $49bn for expanded Covid-19 testing and research, as well as $14bn for vaccine distribution.

A proposal to raise the national minimum wage from $7.25 to $15 per hour became a sticking point in the Senate and did not make it into the final version of the bill.