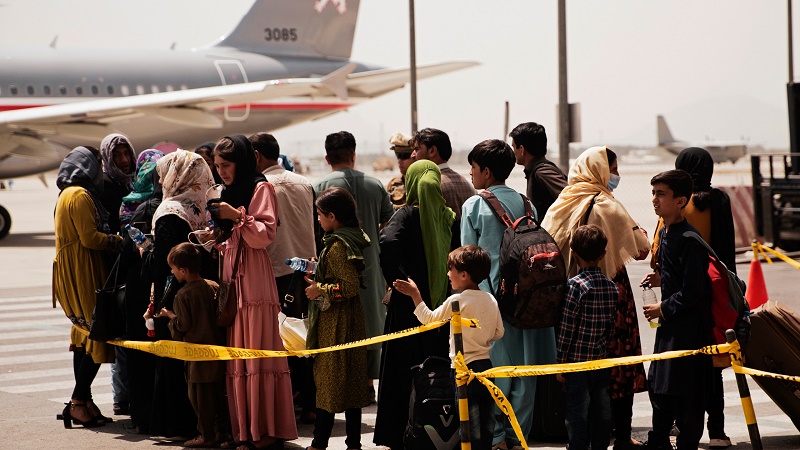 President Joe Biden says efforts to evacuate people from Kabul airport are accelerating, with US troops expanding the perimeter around the site.

Many thousands of Afghans have been queuing at the gates in desperate attempts to flee the country after the Taliban swept to power on 15 August.

Biden said on Sunday that the US had flown nearly 28,000 people out of the airport in the past week.

He faces pressure to extend a deadline for evacuations beyond 31 August.

The president said discussions were taking place with leaders of other countries about pushing back the deadline, but that "our hope is we will not have to".

"There is no way to evacuate this many people without pain and the heart-breaking images you see," Biden told reporters at the White House.

"We have made changes, including extending the access area around the airport - the safe zone," he said, adding: "We have a long way to go and a lot can still go wrong."

Earlier, the Pentagon said in a statement that 18 commercial planes would be used to help transfer evacuees to third countries from safe sites outside Afghanistan.

At least 20 people have died as thousands queue outside Kabul airport, a NATO official told Reuters news agency, amid reports that some were being crushed to death.

The scene on Sunday was reportedly calmer than in previous days.