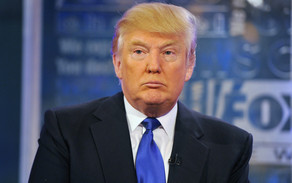 The US government may abandon the Green Card lottery program which is held once a year.

Report informs citing Russian media that the US President Donald Trump on Wednesday unveiled legislation intended to slash legal immigration to the United States by reducing the amount of low-skilled immigrants who are allotted green cards. He endorsed a new bill in the Senate aimed at slashing legal immigration levels in half over a decade.

The bill is titled Reforming American Immigration for Strong Employment (Raise) Act. The legislation is intended to favor green-card applicants who financially support themselves.

Notably, currently valid Diversity Visa has been operating in US since 1990. Green Card lottery is held every year in frames of the program and 50,000 get work and residence permit in the United States.