US rejects WHO call for booster shot moratorium as 'false choice' 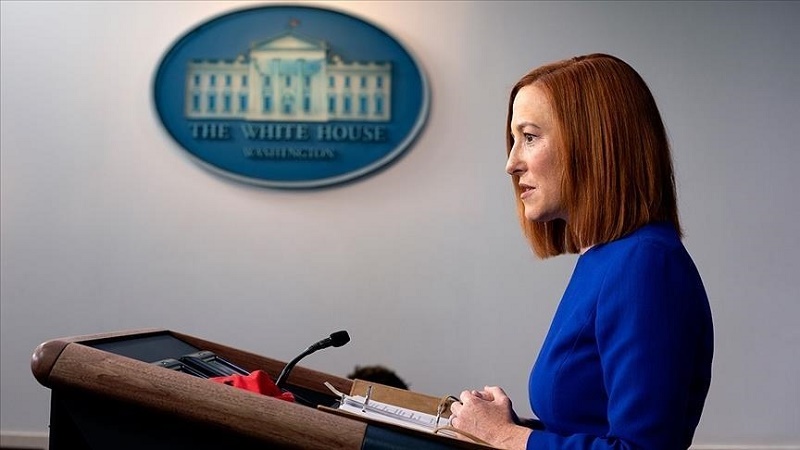 The US rebuffed on Wednesday a call from the World Health Organization (WHO) to impose a worldwide coronavirus booster shot moratorium, saying it presents "a false choice", Anadolu Agency reports.

WHO Director-General Tedros Ghebreyesus earlier in the day urged the halt until at least the end of September to boost global equity and allow at least 10% of the population in every country to be vaccinated.

"To make that happen, we need everyone's cooperation, especially the handful of countries and companies that control the global supply of vaccines," he said during a webinar in Geneva.

White House spokeswoman Jen Psaki said the Biden administration believes it can allot jabs for domestic booster shots should they be recommended by domestic health authorities while continuing its efforts to distribute vaccines worldwide.

"We believe we can do both, and we don’t need to make that choice," she said. "We will have enough supply to ensure that if the FDA decides that boosters are recommended for a portion of the population, to provide those as well."

Psaki was referring to the Food and Drug Administration (FDA), which is currently reviewing COVID-19 vaccines to determine if it should update its guidance on the shots or grant full authorization.

Vaccines from Pfizer-BioNTech, Moderna and Johnson & Johnson are currently being distributed in the US under what is known as emergency use authorizations, and a Centers for Disease Control and Prevention (CDC) advisory panel said in late July that it could not recommend boosters under current authorizations.

But the group voiced support for doing so among the immunocompromised.

The US announced Tuesday it has distributed more than 110 million vaccine doses to over 60 countries worldwide, calling it a "major milestone," and noting the total is more than all other countries' donations combined, according to UN data.

The majority of doses have been donated to African countries with other nations receiving a significant amount based on the number of COVID-19 cases.

The administration also announced on Monday that current donations are "just the beginning" of the global effort and by the end of August it would start shipping a half-billion Pfizer doses the US pledged to buy and donate to 100 low-income countries.