US State of Utah adopts declaration on Azerbaijan 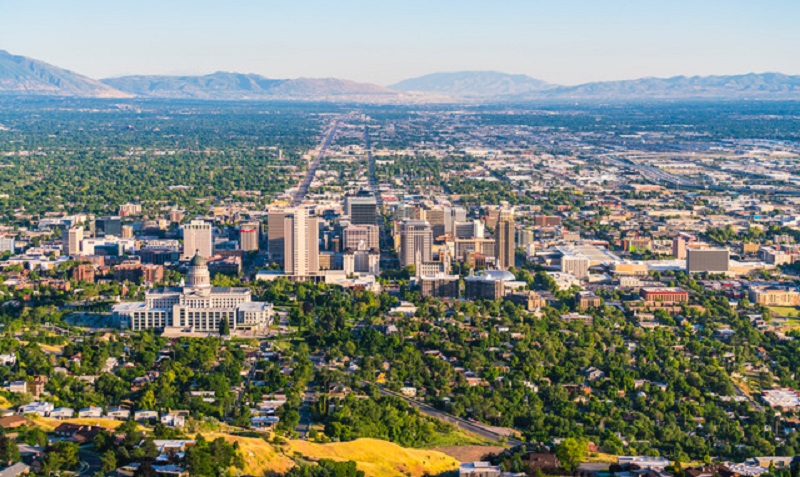 The Utah State Legislature has issued a proclamation (citation) commending the Republic of Azerbaijan, the Consulate General of Azerbaijan in Los Angeles told News.Az.

Signed by Stuart Adams, the President of the Utah State Senate, Brad Wilson, the Speaker of the Utah House of Representatives, as well as Senator Gene Davis and Representative Andrew Stoddard, the proclamation was presented to the Consulate General of Azerbaijan in Los Angeles.

Noting that "Azerbaijan was the first secular democratic republic in the Turkic and Muslim region and among the first nation-states granting the right to vote to women," the proclamation states:

"Azerbaijan has a longstanding tradition of peaceful coexistence and interfaith harmony among Muslims, Christians, and Jews. Over the course of the last decade, Azerbaijan has brought together religious leaders from the region and around the world to promote interfaith dialogue".

The document further emphasizes: "Azerbaijan sees diversity as one of its great strengths and virtues, and it has created an environment that nurtures and promotes the ancient traditions of religious tolerance."

The document concludes by proclaiming that "the Utah State Legislature recognizes the contributions made by the Republic of Azerbaijan in defending freedom and preserving peace throughout the world, values the benefit of maintaining a beneficial friendship, and honors the great citizens of Azerbaijan". 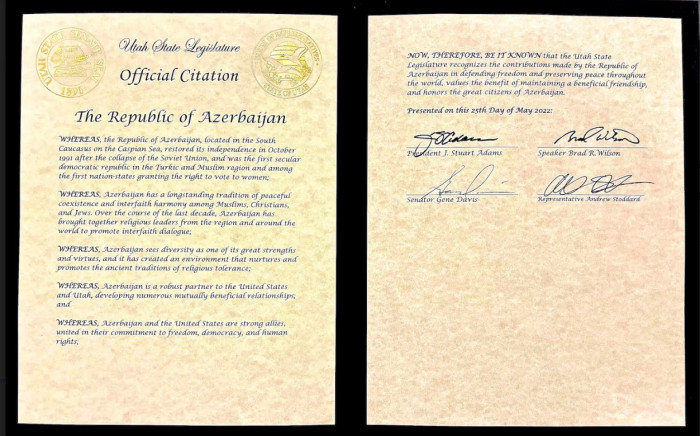