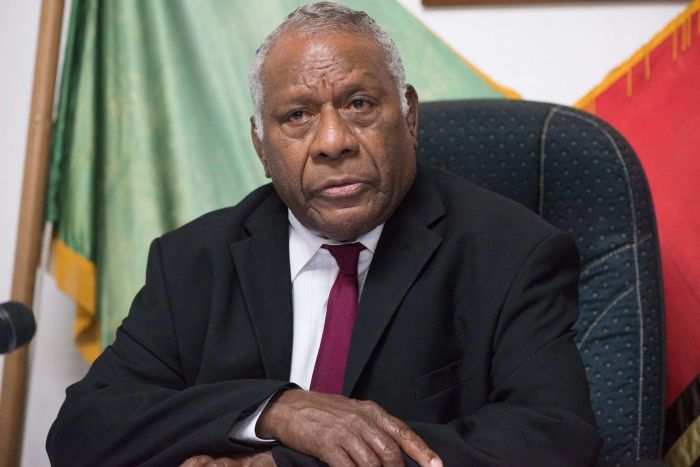 Mr Baldwin, who had served as President since September 2014, died in the early hours of Saturday morning, according to ABC.

Dan McGarry, media director at the Vanuatu Daily Post, said hundreds of people had stood in a vigil held after Mr Lonsdale's death to pay their respects to the highly regarded head of state.

"Baldwin Lonsdale was one of those rare people who had a completely unsullied reputation and was just universally respected. I've never heard anyone say a bad word about him," he said.

Though the presidency in Vanuatu is a largely ceremonial position akin to Australia's governor-general position, Mr McGarry said the late President's handling of a corruption scandal that shook the country in 2015 projected his influence beyond his power on paper.

When Vanuatu's Speaker of Parliament, Marcelline Pipite, pardoned 14 government MPs convicted of corruption, Mr Lonsdale returned from abroad, apologised for the abuse of power and rescinded the pardons.

"It was his response really, it catalysed the reaction against this abuse of power," Mr McGarry said.

Mr Lonsdale was also a clergyman and the highest-ranking chief in Vanuatu's Banks group of islands, where his body is expected to be returned to later next week, Mr McGarry added.

His body is lying in state and the Government is expected to announce a state funeral.