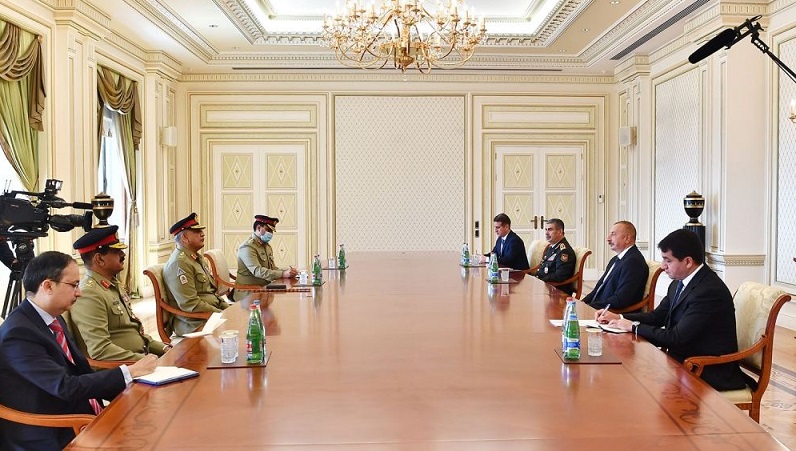 We are particularly grateful to Pakistan for its very active support of Azerbaijan in the second Karabakh war, President of the Republic of Azerbaijan Ilham Aliyev said receiving Chief of Army Staff of the Islamic Republic of Pakistan, General Qamar Javed Bajwa.

“From the first days of the war, the top leadership of your country, the President and the Prime Minister, expressed their full support for Azerbaijan in restoring our territorial integrity."

"This is a very important element of our cooperation and a real demonstration of our fraternal relations," the president said. "Other high-ranking Pakistani officials, members of parliament, and public figures also supported us during the 44-day war, which resulted in a complete defeat of the Armenian army and the restoration of Azerbaijan's territorial integrity. The Nagorno-Karabakh conflict has been resolved by Azerbaijan by force and by political means."